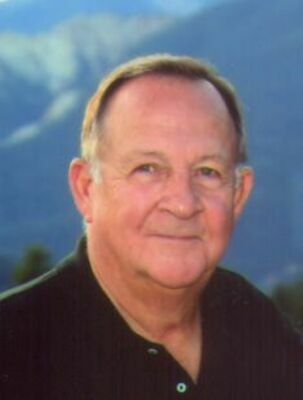 R.C. Bechtel passed away peacefully at his home on January 7th, 2022. He was born on May

school sweetheart, Sara Jane Bell. During their wonderful 64 years of marriage, they raised 4

children together and were blessed with 12 grandchildren and 15 precious great-grandchildren.

R.C. was a devoted husband, dad, grandpa, and employer who will be missed by many.

During his younger years, R.C. spent most of his time helping his father run the family farm. He

lengthy and successful career in the oil field industry. He got his start at Weaver-Savage Well

Service in 1956. In 1970, he left the company and went to work for Ralph Shebester, opening

the Blackwell yard. He grew the business and in 1976 bought 50% equity in the company -

Throughout his life, R.C. participated in a bowling league, squaredanced, spent time on the golf

World with family. Attending his grandchildren’s school activities was a top priority for R.C..

Even if it meant driving several hours to watch them compete or participate, his grandkids knew

they could always count on Grandpa to be there!

In addition to being a devoted family man, R.C. had a special place in his heart for his

community. He was a board member for Blackwell Regional Hospital, Security Bank, and Alpha

II. His honors over the years include being named Blackwell Citizen of the Year and being

inducted into the Blackwell Public School Foundation Hall of Fame. He also served as President

for the Association of Energy Service Companies. R.C. and Sara Jane were members of the First Christian Church in Blackwell where he served as a deacon.

He is survived by his brother, Terry Bechtel of Joplin, MO; 4 children: Brad (wife Lea Ann)

and numerous nieces and nephews.

R.C. is preceded in death by his parents, his wife, Sara Jane Bechtel, and his grandson, Brady

The family would like to give special thanks to R.C.’s caregivers, who were a blessing and

greatly appreciated by all of them.

Services are scheduled for 1:00 p.m., Saturday, January 15th at the First Christian Church in Blackwell with Rev. Jeff Koch officiating. Burial will follow in the Blackwell Cemetery.

Memorials have been established in his honor with the First Christian Church in Blackwell or the Blackwell Public School Foundation in c/o Roberts and Son Funeral Home, 120 W. Padon, Blackwell, Oklahoma 74631.