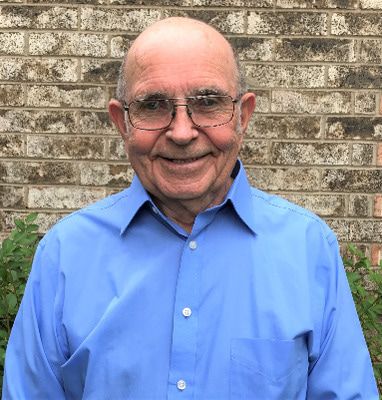 Our beloved Harold Ray Waggerman left his earthly home bound for glory Friday, December 10, 2021 after a battle with Lewy Body Dementia and a fractured hip.

Harold was born in Pawnee, Oklahoma on July 22, 1937. Twenty-one years later on March 28, 1959 Harold married his childhood sweetheart Carolyn SUE Hudsonpillar and were married for almost 59 years before her death. They made their home in Ponca City following Harold’s honorable discharge from the United States Army after 12 years of service.

Harold loved the Lord and found great joy in church, greeting Sunday mornings with huge smiles, singing and worshipping the Lord. He was a very humble and modest man of God with a great sense of humor. He was a volunteer for Meals on Wheels for several years as well as a volunteer for Hospice of North Central Oklahoma. He was a jack of all trades, building, restoring, designing and repairing anything broken.

A celebration of life will be held at Pioneer Bible Church, 301 N 3rd St, Ponca City, Oklahoma on Tuesday, December 14th, with interment at Independent Order of Odd Fellows Cemetery. In lieu of flowers, memorial donations can be made to Living Hope Pregnancy Center by mail at 425 Fairview Ave #3, Ponca City, Ok 74604 or Hospice of North Central Oklahoma at 445 Fairview Ave, Ponca City, Oklahoma 74601. Arrangements are under the direction of Trout Funeral Home & Crematory.