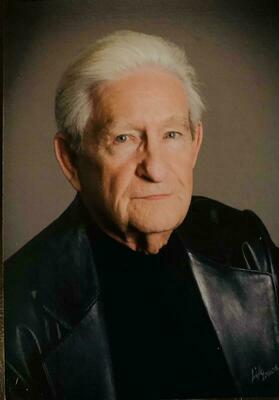 Celebration of life services for Walter Melvin Bringham, 80, Ponca City will be held at 10:00 am on January 18, 2022 at the Northeast Baptist Church 2200 N. Pecan Road, Ponca City with Pastor Scott Melton officiating. Arrangements are under the kind guidance of the Amy Stittsworth Funeral Service. Walt was born to Art and Velma Bringham on February 24, 1941 in Blackwell, Oklahoma and passed away on October 15, 2021 at his residence in Ponca City, Oklahoma. He graduated from Blackwell High School with the Class of 1959. He participated in wrestling for the Blackwell Maroons. Walt also loved to play adult summer league softball and was a proud OU Sooner Fan. Walt served two years in the United States Army was a member of the Oklahoma National Guard and served as a volunteer fireman. He retired from Smith Gruner of Ponca City, Oklahoma.

Walt was preceded in death by his father Art Bringham and his mother Velma Bringham, brothers, Jack Bringham, and Jim Bringham. He was also preceded in death by his daughter Chante’ Bringham. Survivors include brother Gary Bringham and his wife Shirley of Blackwell, Oklahoma Oklahoma, Danny Bringham brother and his wife Kathy of Ponca City, Oklahoma, Kaycee Sweatt granddaughter and Evon Hope Parker great granddaughter of Enid, Oklahoma and Mickey Shackelford brother in-law of Broken Arrow, Oklahoma and numerous nieces and nephews.

Remembrances may be shared online at www.stittsworthfuneralservices.com.