Newspapers want to hear from you 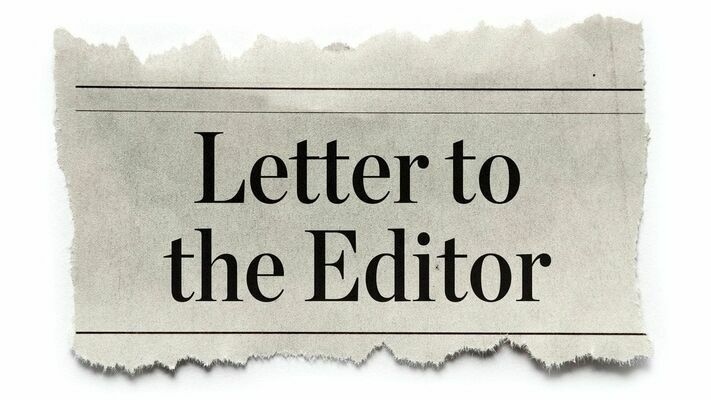 What would you say if I told you that everyone wants to hear what you have to say?

At first, you might laugh. But at least in the newspaper world, yes, we newspaper folks want to hear from you.

One of my favorite parts of the newspaper is reading letters to the editor. I’ve always enjoyed picking up the paper and seeing what locals had to say about community issues. Most readers do, too.

Letters to the editor sometimes admonish city officials who aren’t being as transparent as they ought to be. But sometimes, they offer a well-deserved word of praise. In the Jan. 5 edition of the paper, Diane Braden wrote one such letter, recognizing the civic leadership of longtime Blackwellite Lea Reames.

Letters also play a role in educating people. In December, Blackwell resident Stuart Bensch offered a much-needed history lesson about a symbol in Blackwell that looks like – but is not – a Nazi swastika. As yours truly reported in a subsequent front-page story, that symbol is a swastika, but it’s not the same version the Nazis used. This version was a Native American symbol with positive connotations. (For more information, see the Dec. 29 edition of the paper.)

Letters to the editor have long been staples in community newspapers. Before people used platforms like Facebook to endlessly rant and post poorly written, negative comments about whatever crosses their minds, people wrote letters to the editor to disseminate their views in a more respectful, reasonable, rational manner.

Don’t we all wish that kind of communication would make a comeback? If you do, I’d encourage you to write us a letter to the editor from time to time. Our guidelines for letters to the editor are published weekly on the opinion page. We will not publish letters that defame people, nor will we publish information that is intentionally misleading or inaccurate. If your grammar is bad, we’ll exercise our right to edit your piece. After all, it’s a letter to the editor.

We want and need more Blackwellites to voice their opinions and views, and I hope you’ll consider doing so. If for no other reason, do it to get your name in the paper. It’ll give you and your friends something to talk about.

Those of us at The Journal-Tribune aren’t the only folks who want to hear your thoughts. My good friends at The Oklahoman, the state’s largest newspaper, have revitalized the paper’s opinion section and are making a concerted effort to get rural voices – your voices, our voices – in front of a larger audience. Clytie Bunyan, The Oklahoman’s managing editor for diversity, community engagement and opinion, hopes people in Kay County and other points outside the big city will share their views on issues such as politics, the pandemic and the everyday challenges they face in rural America.

She also hopes to get more commentary from members of Oklahoma’s tribal communities. In her words, this is the paper’s mission: “For groups across the state, in all communities, to feel like they have a voice in a platform where there’s not toxic noise as on social media – a place where people really go to read reasonable commentary about issues that are affecting people in their communities.”

People can contribute to The Oklahoman’s opinion section, called “Viewpoints,” in a number of ways.

They can submit their commentary on an issue by emailing it to yourviews@oklahoman. com. Commentary can’t be more than 500 words. Readers can also submit op-eds. These pieces either end on a hopeful note or urge the reader to take a specific course of action, Bunyan said. The paper also has a new feature for sharing ideas: the Public Square. Readers respond in 250 words or less to a specific question, which is published online and in the paper. Digitally, folks click on the link for the Public Square and enter their commentary into the field. You can find that by visiting www.oklahoman. com.

All opinion content ought to be respectful of others, Bunyan said.

“Avoid all the namecalling,” Bunyan said. “I’m focusing a lot now on regaining some civility in our commentaries.”

Those who would like to learn more about contributing opinion content can email Bunyan using the address cbunyan@oklahoman.com. She hopes to hear from folks.

The paper’s goal is to give rural readers a voice they might not think they have in mass media.