The Adaptation Dilemma: Is the book or movie better? 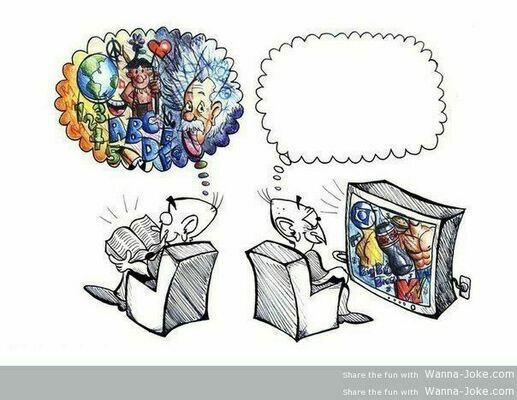 The adaptation dilemma is something that audiences and fans have always had to deal with.

Recently, the Paramount+ series based on the videogame franchise “Halo” has come under criticism for the creative choice for the protagonist Master Chief, played by Pablo Shcrieber of AMERICAN GODS and ORANGE IS THE NEW BLACK fame, to remove his helmet in the first episode of the series.

Fans of the game were quick to outrage, noting that Master Chief, a mostly silent protagonist, never reveals his face so far in the 5-game saga starting with “Halo: Combat Evolved” and recently continuing with “Halo: Infinite”.

From the start, the creative team behind Halo has stressed that this series is in no way a strict adaptation of the sprawling videogame franchise which includes tie-in comics, a library’s worth of books, toys, and anime cartoons. It is inspired by the Halo universe, allowing it all the freedom in the world to play around with the series lore, timelines, characters, and tropes.

Pablo Schrieber is a very handsome and talented actor, so of course they’re going to show his face to sell the series. This move has been unfairly compared to the Disney+ show “The Mandalorian” where the titular character, referred to as Mando, seldom removes his mask even though he’s played by extremely famous actor Pedro Pascal.

While the latter is probably more of a choice based on availability- Pascal has starred in several films between The Mandalorian beginning filming in 2019 and now- it also has the Star Wars lore and the “code” of the Mandalorian culture behind it where these characters don’t remove their helmets. Halo, on the other hand, has no such code built into the universe of the series. But, let’s go beyond Halo and Star Wars.

Recently, Sony released the videogame movie UNCHARTED, based on PlayStation’s blockbsuter action franchise. The movie was “based” on the game in a similar fashion to how Halo the series is based on Halo, the game. The characters are all there, but the way they’re presented is nothing at all like the game saga. Fans moaned about that to, even though the UNCHARTED film consists of the same DNA the games do- quippy action, fun characters, and dazzling set pieces based around treasure hunts for fame, fortune, and danger.

I love Uncharted, the games. Was I mad that the movies seemingly “missed” the canon of the game saga? No. I had a great time with it, and it was a way to keep me guessing, because I didn’t know what was coming.

Since the dawn of adaptations, studios have seldom given fans a 1:1 adaptation of something. Look at the RESIDENT EVIL films, both the 2000’s action movies and last year’s reboot. They follow similar – somewhat – codes from the game world, but make it accessible and new to fans and audiences.

Look at the TV blockbuster “Game of Thrones” which aired on HBO. Fans of the books, myself included, went crazy with rage over how the series handled some of the aspects from George R.R. Martin’s thousand-page “A Song of Ice and Fire” novels. Some were handled better than others, and some were...well...awful.

But compare that to, say, Harry Potter. Those movies followed the books “well enough” and allowed for some wiggle room in what they did and didn’t show, and I don’t think HP book fans were as rabid as Game of Thrones’ were.

It comes down to, simply, what you want versus what makes money.

Netflix has a lucrative franchise with “The Witcher”, based on the novels that inspired the blockbuster videogames of the same name. Fans of the videogame were pretty mad that the show basically had little to do with that they expected from the games without reading the books, which the show is based on but the game is “inspired” from. Yet the show blends elements of both, somewhat.

There’s the old saying “the book is better than the movie, always”, but I disagree with that. I’ve seen some books, such as Stephen King’s wacky and misguided (but well researched) 11-22-63 be adapted flawlessly and even made better by the Hulu series in the 2010’s. Or, look at Stanley Kubrick’s THE SHINING, which many agree is leagues better than King’s book.

Inversely, look at The Hobbit trilogy or, if anyone remembers, ERAGON. Or this year’s Netflix rendition of “Cowboy Bebop”...or the Dragonball movie...but anime adaptations are a delicate can of worms unto themselves.

I guess my point is, not everything needs to be exactly like the source material. For better or worse, the point of adaptation is to bring content to another medium in a fresh and engaging way. Some claimed that last year’s DUNE was too slavishly devoted to the source material, others found it too different, and some found it just right.

There’s something, somewhere, for everyone. What do you think? IS the “book” really always better than the movie?