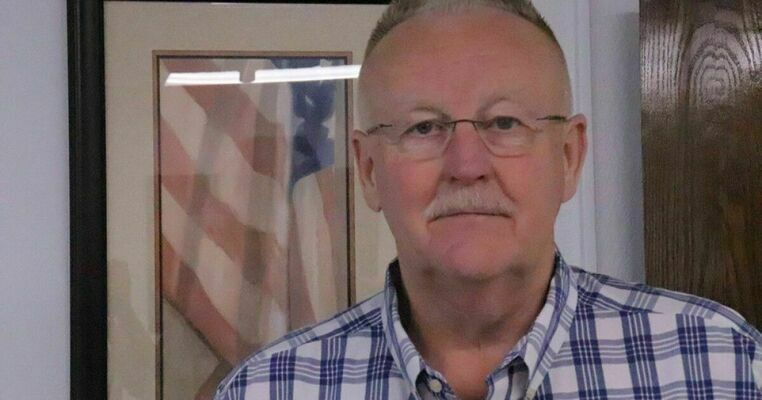 EDITOR’S NOTE: This story is the first in a series profiling candidates running for the Kay County District No. 3 Commissioner’s seat. The Journal-Tribune will discuss more candidates in stories before the June election.

The race for the Kay County District No. 3 Commissioner’s seat is on, and a Blackwell native is returning to his roots with a mission to bring Kay County – and its infrastructure – into the 21st Century.

Joe Allbaugh, who grew up in Blackwell and went on to lead the Federal Emergency Management Agency under former President George W. Bush, has come back home and said he hopes to make a difference.

“I will always love Blackwell,” Allbaugh said. “I go to Bob’s [Cafe] in the morning. I talk to the folks here. I listen to them. No matter where I was in the world, my heart was always here. I always kept up with Blackwell. I always listened to the wants and needs of this city and the county.”

Allbaugh said Kay County needs vision, and that he is the man with the experience to make that a reality.

“We’re right here on I-35,” Allbaugh said. “There’s no excuse for why we’re behind the times on not only our economic development, but our internet, our cell phone reception. We have horrible cellular service and internet speeds, and that is crucial to not only citizens, but to any industry – big or small – that wants to come here. It’s the perfect location, but we’re far from where we should be.

“Our roads and bridges are another story. They all need work. They need dedicated work, and a solid plan to carry out that work. Look at Hubbard Road, for example, or any of our bridges.”

“We need to make things happen,” Allbaugh said, adding: “I’m excited to do this. I’m genuinely excited to contribute to the growth and prosperity of my home of Blackwell and Kay County. I want to make a difference here, one that will be seen long after we’re gone.”

“Kay County has a lot to offer, but we haven’t ever properly articulated that. We have families that want to leave big metropolitan areas like Wichita, Tulsa, Oklahoma City. … They want the quality of life that a small community has to offer, but Kay County needs to be able to accommodate those needs in a meaningful way.”

Allbaugh has a lifetime of public and private sector experience, including serving as the gubernatorial and presidential campaign manager and chief of staff to Bush.

Allbaugh also served under Henry Bellmon, who was a two-term U.S. senator and Oklahoma governor in the 1960s and 1970s.

Allbaugh said he is running to help make the county a better, more prosperous place for its citizens.

“Rural Oklahoma is my home, and I want to do everything in my power to make it the best place for individuals to raise a family,” Allbaugh said.

“While maintaining roads and bridges is the top priority for safety in Kay County, the job should also much broader to include economic development, upholding public trust and ensuring the taxpayers are getting the most out of their hard-earned tax dollars. Working with state lawmakers is a necessity to improve rural internet access in our community. Assisting law enforcement is a priority in cracking down on illegal marijuana farms and identifying perpetrators of human trafficking to ensure the protection of our most vulnerable population.”

Throughout his career, Allbaugh has been in charge of the immediate rescue response to numerous international, national, state and local crises.

Bush nominated Allbaugh as the director of FEMA in February 2001, months before the Sept. 11, 2001, terrorist attacks that shocked the world and changed the United States forever. His nomination received unanimous support from the U.S. Senate.

In addition to leading the government’s response to the Sept. 11 attacks, Allbaugh was responsible for coordinating federal disaster relief activities, including the Federal Response Plan, which authorized the response and recovery operations of 28 federal agencies and departments. It also included the American Red Cross.

In other notable roles throughout his career, he became the director of the Oklahoma Department of Corrections in 2016, where he oversaw the day-to-day operations of one of the largest state agencies in Oklahoma. At the time, the corrections system was at 120% of operating capacity and had historic staffing shortages.

Allbaugh received his bachelor’s degree in political science from Oklahoma State University. He is also a member of the National Rifle Association’s board of directors.