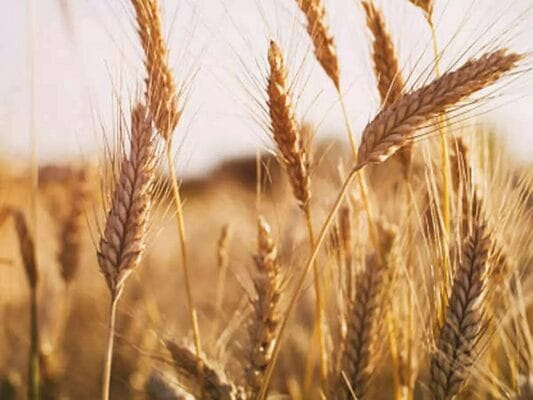 Kay County’s wheat crop is expected to be better than crops elsewhere in Oklahoma this year, according to one of the county’s agricultural experts.

Crops across the state have been affected by drought during the last several months, but some farmers in north-central Oklahoma can expect to harvest a fairly good crop, said Shannon Mallory, the director of Kay County’s Oklahoma State University Extension Office in Newkirk.

“We’re doing not much better, but we’re doing better,” Mallory said. “Kay County is doing better than most of western Oklahoma, but that’s not saying a whole lot, because western Oklahoma is pretty bad off. You will see some fields in Kay County that look great, look like they got everything they needed, will do well. It’s certainly not a bumper crop, but good.”

The news of this year’s crop projections comes amid an ongoing global war with trade implications and as producers continue to face economic pressures from pandemic-related supply chain disruptions. Russia and Ukraine, two of the world’s leading grain producers, are still locked in war, potentially jeopardizing up to 25% of the world’s wheat.

With products from those countries likely off the market, grain prices are rising in the United States. That’s welcome news for farmers, who’ve been hit with price hikes of their own. The USDA estimates that Oklahoma farmers will harvest around 60 million bushels this year, down roughly 48 million bushels from 2021.

About 2.4 million acres of wheat are expected to be harvested this year in the Sooner State, about half a million fewer acres compared to 2021.

In Kay County, wheat was selling for around $11.90 per bushel on Friday afternoon, nearly three times higher than it was a year ago, Mallory said.

However, farmers’ input costs for materials like fertilizer and seed have also tripled in the last year, the result of continued inflation from the coronavirus pandemic and shipping concerns.

But farmers who took advantage of marketing practices and locked in prices early may not see rising expenses eat into their profits quite as much, Mallory said.

“The input costs are certainly a concern,” Mallory said. “If they’re the type of farmer, though, that markets their grain and locks in profit when there’s opportunities to lock in profit, they’re probably doing OK. There’s a lot of farmers who pre-buy their fertilizer in advance. There’s a lot of farmers who sell grain years in advance, or at the beginning of planting, they’ll sell a portion of their grain at a profitable level. “If you’re taking advantage of those, there is profit to be seen. Bumper profit, so to speak? Maybe not. But a lot of our farmers will probably do pretty well this year.”

Kay County’s wheat crop will likely be smaller and have lower yields compared to previous years. But it’s expected to be a healthy crop, Mallory said. Few disease problems have been found, in part because less moisture means less chance for fungus to grow.

The crop has also rebounded well from spring drought, Mallory said. “Kay County’s back to normal these last couple of months, and the wheat crop has responded positively to that,” Mallory said.

“Had it stayed the same, we’d be looking at some 2014 conditions. “Wheat is a really resilient crop, and it can hold out quite a while under some tough conditions.”