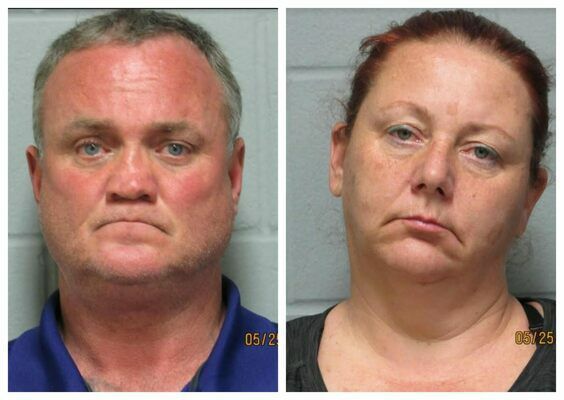 Jerry Eubanks is currently facing three felony charges in Kay County stemming from his time as the city's Public Works Director and Trust Manager where he and his wife allegedly embezzled a total of $32,500 thousand dollars stemming from the sale of equipment, purchased on behalf of the City of Blackwell, to Jerry's sister-in-law.

Jerry and Sherry Eubanks' charges include Embezzlement of Property, Obtaining Property by Trick or Deception, and Conspiracy stemming from their time in Blackwell.

Sherry worked for the City of Blackwell Water Department.

The two turned themselves in Wednesday, May 25, at the Kay County Detention Center after warrants had been issued for their arrest.

The City of Blackwell was the first to notice the discrepancies in their books and then contacted OSBI, according to a statement released by the City:

"In early April 2022, Trust Manager Jerry Wieland was made aware of an irregularity while reviewing past Blackwell Municipal Authority invoices," the statement read.

"After requesting additional information to corroborate the irregularity, the City of Blackwell turned the information over to the Oklahoma State Bureau of Investigation for further work. This is a testament to City Employee's dedication to the citizens of Blackwell, and holding ourselves to the highest standards of public service."

Earlier this month, the Blackwell Journal-Tribune reported that Eubanks had pled "Not Guilty" to a felony fraud charge allegation in Fairview, during his time as City Manager.

In early May, according to a report from The Pawhuska Journal-Capital, the Pawhuska City Council decided against holding a proposed executive session regarding Eubanks' employment.

As of this afternoon, Eubanks is still listed on Pawhuska's official website as their City Manager.

A full story will be available in the June 1 issue of the Blackwell Journal-Tribune.