We All Need Somebody to Lean On 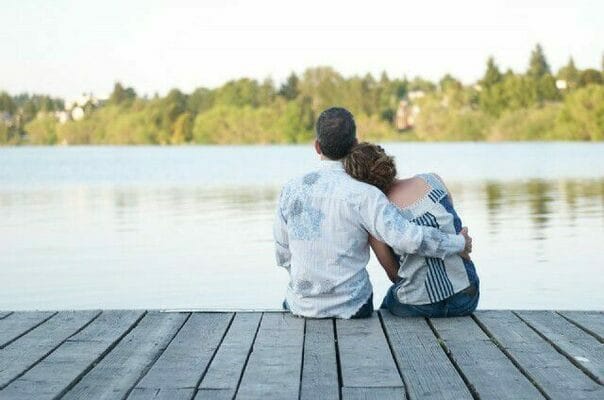 When I mention the name Bill Withers, chances are you’ll hear these words running through your mind: “We all need somebody to lean on.”

That sentence is the title and chorus of Withers’ 1972 song, a soulful hit that still plays over the airwaves today. Like other fantastic musical pieces from the 1970s, this one has retained its popularity, even with younger generations, because it’s relatable.

Everybody needs a supporter of some kind. And though we’re in an election season, I’m not talking about political supporters. I’m talking about friends, family members and even strangers who offer an encouraging word, lend a helping hand and give sincere advice, asking for nothing in return but a “Thanks” and a smile.

These are the people we need to lean on. And above all, we need to learn from them. Our words matter, and it’s vital that we choose to speak words that edify others.

A new book called “Words Can Change Your Brain,” written by Dr. Andrew Newberg and Mark Waldman, explores how the things we say affect who we are and what we do. “By holding a positive and optimistic [word] in your mind, you stimulate frontal lobe activity,” the authors write.

“This area includes specific language centers that connect directly to the motor cortex responsible for moving you into action. “And as our research has shown, the longer you concentrate on positive words, the more you begin to affect other areas of the brain.

Functions in the parietal lobe start to change, which changes your perception of yourself and the people you interact with.

“A positive view of yourself will bias you toward seeing the good in others, whereas a negative self-image will include you toward suspicion and doubt.

Over time the structure of your thalamus will also change in response to your conscious words, thoughts, and feelings, and we believe that the thalamic changes affect the way in which you perceive reality.” More simply stated: Encouraging words are better for the health of everyone around us, and the more we speak them, the better off we’ll all be. That’s why it’s important for people to have supporters who speak those words. I’ve got more of these folks in my life than I can count.

Some are family members, and some are people I’ve only met on facebook. No matter the tie, though, I can’t thank them enough.

These folks make the world a better place. They sure make my life more joyful, and I’m grateful for them. More importantly, though, they inspire me to be a supporter of others. They set the example. Hearing them say something as simple as “Good job!” makes my day. That’s a feeling people should have more often.

The good news is that you and I can help make that a reality. Have you been someone’s supporter lately? Have you said or done something to show someone how much you value them? And if not, where can you start?

These are some questions I’d challenge you to ponder as you go through your week. Sometimes, going out of our way to talk to a stranger or even complimenting people we know can seem weird or even uncomfortable.

But you never know how much of a difference you might make in that person’s life –for a long, long time. This week, set your mind on saying good things to others. You don’t have to be good at cartwheels and jumping to be someone’stop cheerleader.

Like Mr. Withers said,we all need somebody we can lean on. Will you be that person for someone this week?