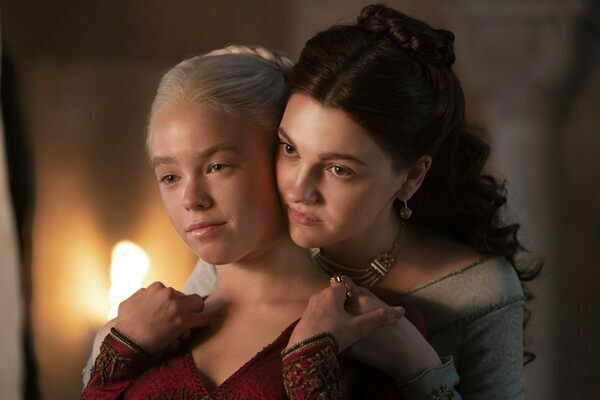 “Men would sooner put the realm to torch than to see a woman on the Iron Throne.”

HBO is looking to strike gold again with the August 21 release of “House of the Dragon”, the prequel to “Game of Thrones”, the network’s biggest drama of all time that ran from 2011-2019 and concluded with one of those most divisive finales in television history.

Adapted from fantasy author George R.R. Martin’s “A Song of Ice and Fire” series, “Game of Thrones” chronicled the political turmoil, sex, intrigue, drama, and action of the kingdom of Westeros and all of the families and factions vying to sit on The Iron Throne to rule the lands.

“House of the Dragon”, adapted in part from Martin’s 2019 “Fire & Blood” tome which chronicled the history of the Targaryen Dynasty from their arrival to Westeros to their demise, is set to not only redeem the controversial series but to hopefully make Game of Thrones and it’s world a household name once more.

“House of the Dragon” is set 200 years before the beginning of HBO’s “Game of Thrones” and will chronicle the Targaryen Civil War that came to be known as The Dance of Dragons.

This time, showrunner credits will be going to Argentinian filmmaker Miguel Sapochnik who helmed episodes of “True Detective”, “Game of Thrones”, and “Repo Men” as well as Ryan Condal (“Colony”) and creator George R.R. Martin himself, stepping forward from his passive involvement in the original Game of Throne series.

The series stars Paddy Considine as King Viserys I Targaryen and the ramifications of his brother, Daemon (Matt Smith) seeking to succeed him on the Iron Throne leading to a civil war within the Targaryen Dynasty.

Considine is perhaps best known for his comedic role in “Hot Fuzz” and “The World’s End” as Andy Wainwright and Steven Prince, but the classically trained actor is a must-see in more dramatic fair including 2015’s MACBETH, 2016’s THE GIRL WITH ALL THE GIFTS, and TV dramas including “Red Riding” and “Peaky Blinders”.

Matt Smith is one you might recognize from his turn as BBC’s Doctor Who as well as recent appearances in films like MORBIUS and TERMINATOR GENISYS as well as LAST NIGHT IN SOHO. Smith received several accolades for his portrayal of Prince Phillip in Netflix’s “The Crown”.

Also starring in the upcoming series is Olivia Cooke (ME, EARL, AND THE DYING GIRL, “Bates Motel”) as Alicent Hightower and Rhys Ifans (The Lizard in the Spider-Man movies) as he father Otto.

Currently halfway through “Fire & Blood” which the series is based on, I can already see the cinematic scope of House of the Dragon and it promises even more intrigue than Game of Thrones showed in it’s early seasons.

Viewers will need an HBO Max subscription for this installment, however, which is well worth the price.