Oklahoma voters take to the polls for county commissioner, senator, and more 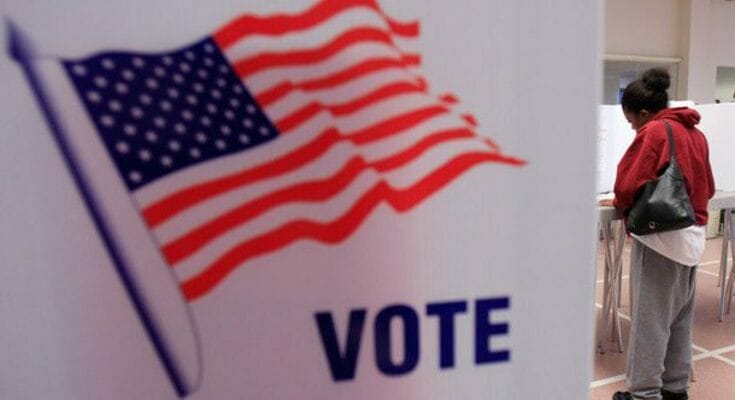 The June 28 election is less than one week away, and candidates for various local, state and federal offices are making their last pitches to win over voters.

Here’s a quick rundown of the candidates. Offices where no race developed are not included here. Information about early voting is also included here.

Four people are running for the Kay County District No. 3 Commissioner’s seat, which covers Blackwell and much of western Kay County.

Sen. Bill Coleman, R-Ponca City, will face Republican challenger Emily Delozier of Sand Springs for the District 10 seat in the state Senate. The seat represents eastern Kay County and all of Osage County.

Voters will have plenty of options – 16, to be exact – in the race to replace retiring U.S. Sen. Jim Inhofe. Thirteen Republicans, one Democrat, one Libertarian and one Independent filed to run.

The Libertarian candidate is Kenneth D. Blevins, and the Independent is Michael L. Delaney.

Four candidates filed to run for Oklahoma’s District No. 3 seat in the U.S. House of Representatives.

The district, which includes Kay County and much of western Oklahoma, is represented by Frank Lucas, R-Cheyenne. Lucas filed to retain his seat, and he’s challenged by Republicans Wade Burleson and Stephen Butler. Democrat Jeremiah Ross filed to run as well.

Gov. Kevin Stitt filed to run for another four-year term, and he’s challenged by three Republicans, two Democrats, one Libertarian and one Independent.

Running on the Republican ticket against Stitt are Mark Sherwood, a Broken Arrow doctor; Joe Kintsel, head of the Oklahoma Department of Veterans Affairs; and Moira McCabe.

Libertarian Lynda Steele is also running for the seat.

Other statewide offices also will be on the ballot for voters.

Early voting begins Thursday in Kay County. Voters who will not be able to make it to the polls on Election Day have the option of voting early at the county election board.

“You do not need to provide and excuse to voter early,” Leaming said. “Oklahoma allows early voting for all elections conducted by the county election board or state election board – from school board and municipal elections to state and federal elections. This is a great option for those who will be out of town on Election Day or who want to avoid long ling.”

For more information, contact the election board by calling 580-362-2130 or emailing kaycouty@elections.ok.gov.