All boys need fathers, and any man with good intentions can step to the challenge 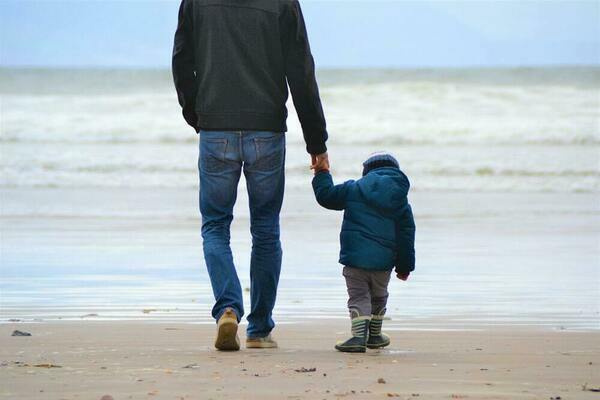 A few weeks ago, the country song “Give a Boy a Rope” by Ryan Fritz popped up on my phone. Here are the lyrics:

“Give a boy a rope, and you hope that he’ll wanna use it. But give him your time, and you’ll find that he won’t abuse it. Show him what you know, and how to throw, and then encourage. Let him have fun, maybe rope his mom. Give a boy a rope.”

The message of the song is that fathers need to spend time with their boys, take them outdoors, teach them how to build something, show them what it means to be a moral citizen and, above all, love them.

It’s a beautiful song with a powerful message, and it’s one we need to hear more often.

We just celebrated Father’s Day, honoring the dads who make our lives complete. I’m blessed with one of the best in the world, and I’m thankful that I get to spend every day with him.

But so many children don’t find much to celebrate on this holiday. Millions of American children don’t have a father in their lives, and that’s a growing problem for our nation.

For the last decade, the number of single-parent households has hovered around 33%, according to the Kids Count Data Center, a division of the Annie E. Casey Foundation. Of that figure, 25% of children live without a father in their home.

Fatherlessness has become more common for a number of reasons, and the effects of fatherlessness on boys and girls are horrible.

Our nation is seeing the effects of this problem today. If you watch the evening news, you’re likely to hear that crime rates are increasing, accompanied by mugshot after mugshot of men who’ve committed crimes. Check the data, and you’ll discover that the vast majority did not have a father in their lives at a young age.

“Today, nearly 25 million children have an absentee father,” a research article on www.marripedia.com reports. “According to the professional literature, the absence of the father is the single most important cause of poverty.

The same is true for crime. Of all adolescents, those in intact married families are the least likely to commit delinquent acts.

“Problems with children from fatherless families can continue into adulthood. These children are three times more likely to end up in jail by the time they reach age 30 than are children raised in intact families, and have the highest rates of incarceration in the United States.”

As we can see, the effects of fatherlessness don’t just rob children of a beautiful childhood. They spread throughout our society and cause harm to people far beyond the immediate family.

Solving fatherlessness won’t be easy, and the issue is multi-faceted. However, I think our community and our nation can take steps at the local level that’ll lead to greater change.

I believe we can reinvest in programs that foster fatherhood and help boys who don’t have a dad.

Programs like Boy Scouts used to serve great roles, but attendance has dropped dramatically. Such programs still have significant benefits. Coaches on youth sporting teams serve a similar role, and those are worth investing in, too. Of course, athletics aren’t for all boys – they weren’t for me – but the structure of any similar program is greatly beneficial. It’s up to adults to encourage young men to participate in something other than playing video games all day.

Second, we can look to new and innovative mentorship programs that are already starting right here in our backyard. The Tulsa World reported Monday on how former gang members in Tulsa are helping young, fatherless boys by starting the “Don’t Slip” program. The goal is simple: Don’t let boys “slip” into a life of crime. They’re teaching the boys that a life of crime will never pay, and they’re teaching them to work for a better life.

That’s a novel idea, and I hope it grows. Of course, you don’t have to start a program to make even one life better. Any man who sees that a young guy doesn’t have a good role model can step up and fill the gap, and we need more men to be willing to do that. Being a mentor doesn’t take much – just a willing heart.

All boys need fathers, and any man with good intentions can be a good father-figure. Men, will you rise to the challenge today?

Honoring our colors on Flag Day