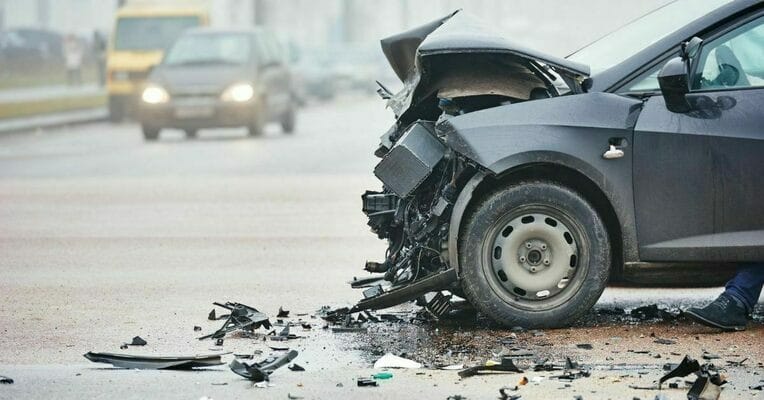 Killed during a wreck Thursday morning was Blackwell resident Cynthia “Cindy” Cox, and killed during a Friday wreck was an unidentified Bartlesville man, according to the Oklahoma Highway Patrol.

The four-day string of collisions started June 15 near Tonkawa. Around 11:25 that morning, 47-year-old Newkirk resident John Vannoy was driving a 2013 Mack truck westbound on Fountain Road near S Street. His truck departed the roadway to the right, and Vannoy then overcorrected, the highway patrol reported. The truck rolled, hit a culvert and struck an electrical pole.

Troopers said the driver’s condition was apparently normal. He was transported to Alliance Hospital in Ponca City with trunk injuries.

The first fatality collision took place Thursday. Cox, 56, was driving her 2008 Chevrolet Impala northbound at 10:51 a.m. on 13th Street near Hubbard Road, about two miles south of Blackwell. She allegedly failed to stop at a stop sign at the Hubbard Road intersection, according to the Oklahoma Highway Patrol. Her vehicle was struck on the right side by Marques Odom, 34, of Enid, who was driving a 2017 Ram 1500 westbound. Cox’s vehicle rolled one-and-a-half times and came to rest on its top.

Blackwell firefighters pronounced Cox dead at the scene because of massive head trauma, and her body was transported by Roberts & Sons Funeral Home to its facility in Blackwell.

Odom was admitted to the hospital at Stillwater Medical Center – Blackwell in good condition with arm and trunk-internal injuries.

Both drivers were using seatbelts, and airbags deployed in both vehicles.

The second fatality collision took place Friday around 7:39 a.m. on State Highway 11 east of Blackwell near Waverly Street. An unidentified Bartlesville man was killed when his eastbound 1998 Toyota Camry crossed over the center line into oncoming traffic in the westbound lane, according to the highway patrol. His car collided with a 1998 Toyota Sienna van driven by Denver Gearhart, 83, of Ponca City.

Both drivers were using seatbelts, and airbags deployed in both vehicles.

Firefighters pronounced the Bartlesville man dead at the scene because of head trauma, and his body was transported by Grace Memorial Chapel to its facility in Ponca City.

Gearhart was transported by Med Flight 5 to St. Francis Hospital in Tulsa, where he was admitted in fair condition with arm and head injuries.

Few details are available about the fourth and final wreck. The highway patrol reported Saturday at 1:18 that troopers were on the scene of a collision blocking the northbound lanes at Mile Marker 228. The highway patrol did not provide additional details.