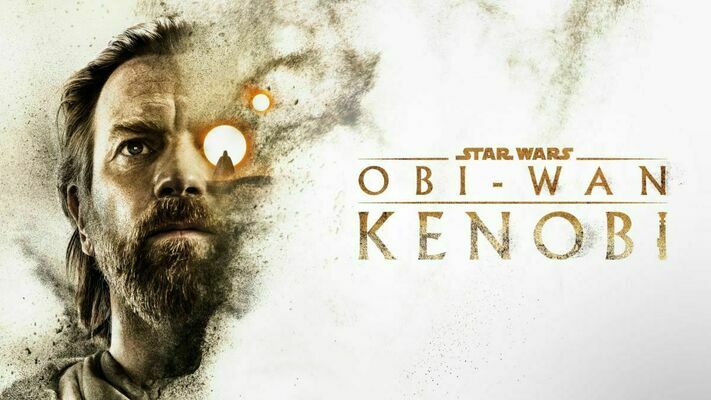 “I am not your failure, Obi-Wan. You didn’t kill Anakin Skywalker...I did.”

Disney’s limited series, OBI-WAN KENOBI, wrapped up its 6-episode run on the Disney+ streaming service last week and with it came possibly the second truly memorable thing about Disney’s Star Wars since 2017’s THE LAST JEDI.

Set years after the fall of the Jedi Order after the events of STAR WARS EPISODE III: REVENGE OF THE SITH, Ewan McGregor’s Obi-Wan is a shell of his former self. Working at a factory on Tatooine, he splits his time between coasting through life and watching a young Luke Skywalker from afar as his silent guardian as he lives under the care of his Uncle Owen and Aunt Beru.

Meanwhile, through the galaxy, Darth Vader’s Empire still hunts runaway Jedi that survived the purge. The force leading this witch hunt are known as Inquisitors, with the most erratic of them being the zealot known as Reva.

When the hunt comes to Tatooine in search of Ben Kenobi, Obi-Wan must grapple with his past, especially when, a galaxy away, Anakin Skywalker’s other child (the young Princess Leia of Alderaan) is kidnapped in an attempt to draw Ben out of hiding.

Bail Organa (Jimmy Smitts), Leia’s adoptive father and ruler of Alderaan, pleads with Ben to find his daughter, fearful of what might happen if Vader discovers his twins after all these years.

Obi-Wan, a fallen knight, digs up his lightsaber for the first time since using it to slay his best friend and embarks on a quest of redemption throughout the galaxy.

Originally conceived as a film to bridge the gap between EPISODE III and EPISODE IV of “Star Wars”, the Obi-Wan Kenobi series takes great strides to finally honor the character drama of George Lucas’ prequel saga, the controversial black sheep of Star Wars which has been redeemed by time by the children who saw it, now full grown adults, with fondness and reverence for “their” Star Wars.

While Disney’s fingerprints stain the final product, mostly in scenes that you can tell were written to add a “TV serialization” to the six-part story, the true magic here are the parts that obviously came from wanting to honor the “tone” and drama of the prequels.

THE PHANTOM MENACE, ATTACK OF THE CLONES, and REVENGE OF THE SITH were not treated kindly upon release by critics and fans of Star Wars at large, but time has been kind to them, and people eventually came to love the political drama and Shakespearean sense of love and tragedy that befell Hayden Christensen’s Anakin Skywalker.

The series has some unnecessary weight when it tries to factor in the characters of the Rebel Alliance, but these moments are made easier by the presence of Ewan’s grizzled and despondent Obi-Wan, Christensen’s rageful Anakin, James Earl Jones’ impassioned Vader, and the young girl Vivien Lyra Blair who plays a charismatic and sweet Princess Leia, a spitting image of the late Carrie Fisher.

A “controversial” addition has been the role of the Inquisitor Reva played by Moses Ingram, who received venomous backlash online for being a black woman in Star Wars. Her role isn’t bad, nor is she a bad actor, but her character is pulled two separate ways by Disney’s stitching of a film script with a TV drama one. In some scenes she is a tragic figure, and in others she is a cartoon. The script and tone clash a lot with her, making her a clear causality of the movie-to-series transition.

That being said, Reva does give a very heavy weight to the ramifications of Anakin’s actions as a Sith in EPISODE III, namely his massacre of the young children at the Jedi Temple after Order 66 is enacted.

There are some moments on OBI-WAN that feel genuinely Lucasian- the homeless Clone Trooper, Anakin and Obi-Wan’s flashback training, Darth Vader’s remorseless and unrelenting evil, Leia and her sidekick droid, a charlatan Jedi, the prevalence of drugs and organized crime.

There are others that feel jarringly ‘Disney’, though, on the other hand. The paper-thin Rebel fighters, the Inquisitor Base, the Empire sympathizers, the in-fighting with the Inquisitors.

There are two very different interpretations of “Star Wars” here, and while they don’t mix more than they do, the finale is well worth the watch.

Obi-Wan and Anakin’s “final” battle is one of the more emotional and well choreographed lightsaber duels in the Star Wars saga. It’s not just flashing beams and grunts- we see both of these characters personified in how they fight.

It is very reminiscent of Luke’s battle with Vader on the Death Star II in RETURN OF THE JEDI- Obi-Wan’s determination transforms him, and instead of the calm and collected dance of blades we are used to, he goes all-out, smashing Vader’s mechanical suit to bits with the hilt of his lightsaber.

His eyes wild, his hair crazed, he reacts to Vader with an intent to kill. Vader, likewise, is elevated here by James Earl Jones in his best performance as the character to date, made even more chilling by the layering of Christensen and Jones’ voices. The battle ends with one of the most emotionally resonant exchanges in Star Wars history.

Is OBI-WAN KENOBI perfect? No. But it comes dangerously close to showing that sometimes...occasionally...with the right hand and guidance, Disney has the ability to not only capture what makes Star Wars the generationally defining piece of pop culture that has allowed it to endure since the 1970’s but that they also, it seems, can understand it.

OBI-WAN KENOBI is now streaming in it’s entirety on Disney+.