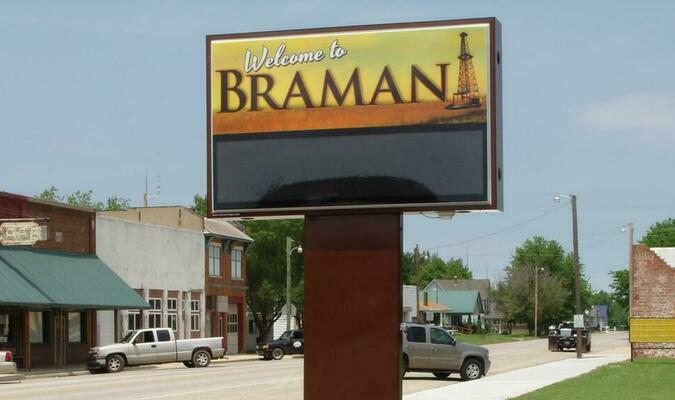 A Kay County teenager is charged with first-degree murder in connection with the weekend shooting death of a young white male near Braman.

Dominick Taylor, 19, remains in custody at the Kay County Detention Center in connection with the murder of a young white male.

The murder reportedly occurred Friday and was reported Sunday.

Around 8 p.m. Sunday, a man arrived at the Kay CountySheriff’s Office to report a possible homicide, Sheriff Steve Kelley told The Journal-Tribune.

Deputies then followed the man to a field on east of Braman on P Street south of Bender Road, where the man said he had seen a body.

Deputies went to the part of the field where the body was reportedly seen, but they did not find a body. Deputies later discovered that the body had been moved to another location in the same field, and they discovered the body at 1 a.m. Monday.

The victim had been shot multiple times.

The Oklahoma State Bureau of Investigation and the state medical examiner’s office responded to the scene.

In addition to the field, deputies searched a vehicle and the residence where the suspect lived.

“We have some other witnesses, and we will continue the investigation to see if there are any other potential suspects,” Kelley said.

The medical examiner’s office had not made a positive identification of the body as of Monday afternoon, Kelley said.

Court records show that Taylor received a minor in possession of an intoxicating beverage charge in December 2020.