Maybe a new perspective, not a new job, is what we need to be happy? 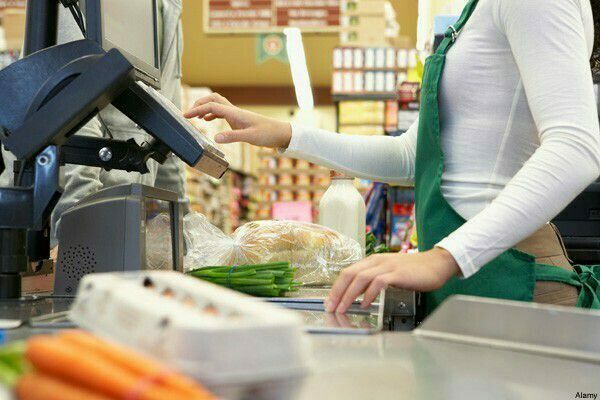 I was in Oklahoma City not too long ago and stopped at a gas station off Interstate 35. It was a busy Saturday morning at one of the larger truck stops on the outskirts of town. Drivers were hurrying to pay for diesel and get back on the road, while road-tripping families were stocking up on drinks and snacks.

A lone cashier was behind the counter that morning, helping the customers as quickly as she could. Then, her supervisor called her over the radio, saying she was going to set up some showers for truckers. The cashier said to her manager, “Hold on! I want to learn!”

Hearing her enthusiasm for her job was a bright spot. And if we’re willing, we too can learn something.

Employers know that hiring people has gotten harder since the 2020. During the pandemic, millions of people gave up jobs they’ve had for ages in hopes that new employment – or remaining unemployed for as long as possible – would bring them happiness.

The Great Resignation, as it has been dubbed, didn’t have the desired outcomes for most folks.

A survey by The Muse found that roughly 70% of the people who quit their jobs during the pandemic soon wanted their old jobs back. The grass isn’t always greener on the other side. Jobs in the service industry were among those that people left in droves. Positions like cashiers, waitresses, retail associates and others with already high turnover rates had even more vacancies.

Sometimes, a change in life is good. But other times, the better “move” we can make is to reframe the way we look at our present situation.

The people who are eager to learn more about the job they have will be more well-prepared for any future job – and whatever else life throws at them.

Consider the cashier’s perspective. Here’s a lady presumably new to a job that many folks think they are too good to do, yet she’s excited about it. She’s not only grateful to have the job, but she’s looking for ways to become better at her job.

No matter the occupation we have, that’s what mindset we should always keep.

Yes, it’s true that gas station cashier jobs are not the most highly coveted positions out there. People who make a decent living at semi-professional jobs, especially ones that require a college degree, might scoff at the idea of working in a gas station.

Pursuing higher education is great, and setting your goals high in life is commendable.

But how many people who could never picture themselves behind a cash register are actually miserable in their line of work?

No grandiose title, no six-figure paycheck and no cushy corner office will ever bring a person the joy and peace he or she desires.

But the fulfillment of an honest day’s work can. Whether we’re drafting a business proposal or flipping patties, we can all make the conscious decision to learn something new and put on a smile each day.

We’ll be better off if we quit looking forward only to paycheck Friday and instead try to learn something new the following Monday.

Some of you may be getting hot under the collar with me right now.

That’s OK. More often than not, I’m preaching at myself when I write columns on topics like this.

I need to hear these kinds of truths as much as anyone else.

I’m as guilty as anyone of throwing myself a pity party after a bad day at work, letting myself get unmotivated and believing that everyone else is responsible for my unhappiness.

Then I look at people like the cashier who are choosing to find joy in gaining wisdom and appreciating the job they’ve got.

Sure, we all get down sometimes, but we can make any situation better if we choose to grow from it.

As I walked away from the gas station that day, I heard the public address system crackle. “Shower No. 6 is ready,” the automated system announced to the waiting customer.

For one gas station clerk, a good lesson had been learned.