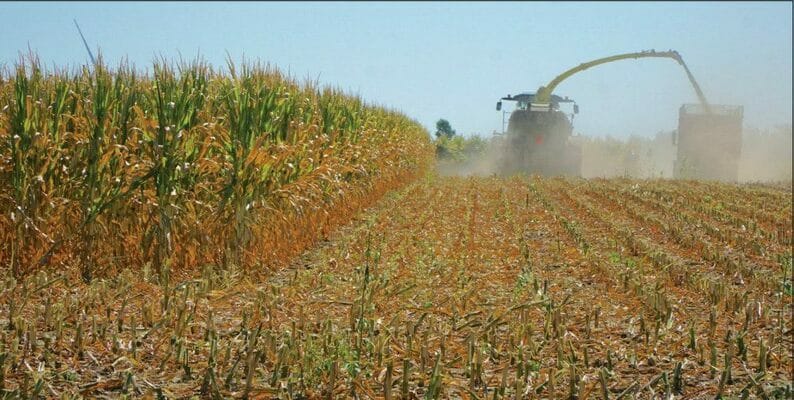 A Blackwell farmer was featured in a story on the FOX Weather app on Monday as an intense drought continues to plague agricultural producers across the United States.

Lyman Urban, who farms near Blackwell and Tonkawa, told FOX Weather reporter Robert Ray that this year’s weeks-long dry spell and intense heat have damaged farmers’ crops in northern Oklahoma. Urban was interviewed in a field near his home south of Blackwell, showing viewers that soybean seeds he planted weeks ago haven’t sprouted because they haven’t received adequate moisture.

He described the situation as “depressing, hard, dry, frustrating.”

“We had some moisture when we planted these beans, but the wind and the heat dried it out immediately,” Urban said during the news segment.

“The beans didn’t even have time to sprout. It’s just lying there in the ground, waiting for moisture.” Urban’s appearance on the major network’s weather streaming platform underscores the situation farmers and ranchers alike are facing across the Midwest: record-setting temperatures and drought not seen in nearly 100 years.

Northern Oklahoma is abnormally dry, according to the U.S. Drought Monitor, and western parts of the state are in severe and extreme conditions. Moisture and cooler temperatures aren’t expected to arrive soon. Ray, a veteran reporter on agricultural and weather-related issues, likened this year’s drought to that of 2011, which resulted in roughly $8 billion in losses.

“Kay County appears to be sustaining a long, excessive heat spell, which will likely continue the worsening drought conditions,” Ray told The Journal-Tribune. “Right now, Oklahoma producers are being challenged. Just in the past week, the drought across the state has more than doubled, and the heat forecast is not looking to provide any relief soon.”

Also interviewed during the segment, which aired throughout the morning on FOX Weather, was Billings rancher Marty Williams.

Like other ranchers, he’s concerned about low water levels in his ponds.

“The cows right now, with the heat going up, they are going to spend a lot of time in the water,” Williams said in the news segment. “And then we are going to start worrying about pond water. We are in an area where there is no groundwater [and] very little water to be extracted, and so the cattle are going to run out of water, and the hay situation to feed them is going to become very dire.”

Farmers near Kildare were chopping down corn fields on Monday. By harvesting the corn now, rather than waiting for it to die because of exhaustion and drought, they hope to preserve some moisture and nutrients for feeding livestock.

Viewers can also tune into the channel’s coverage on YouTube, Roku, Tubi and FireTV. Reporters will continue to cover the region’s drought and heat, Ray said.