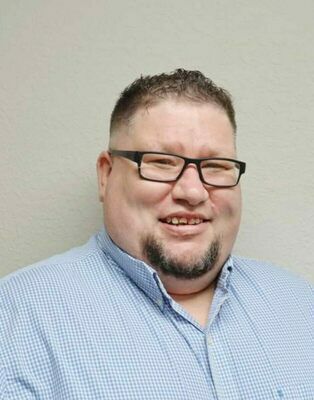 A Celebration of Life will be held at 2:00 PM, Friday, July 29, 2022, at the NOC Kinzer Performing Arts Center, 1220 E Grand Ave. Tonkawa, OK. Those unable to attend the Funeral Ceremony, may attend virtually on the 104.7 The Bull website, www.myhometownpost.com/1047thebull after 1:45 PM Arrangements are under the direction of Trout Funeral Home & Crematory, 505 W. Grand Ave., Ponca City, OK 74601.

Big Ben was born on April 18, 1986, in Oklahoma City, OK, to Leonard Eugene "Gene" and Sherry (Prince) Welch. He was an advertising Account Executive for 104.7, The Bull and a play by play announcer for Tonkawa High School. Ben attended Northern Oklahoma College, graduating with an Associate Degree in Mass Communication. He later attended Oklahoma State University and the University of Central Oklahoma. Ben loved his career as a radio broadcaster.

Ben loved boating and going to the lake. He enjoyed spending time with friends and seemed to show up at just about any cook-out family or friends were hosting. He was a huge supporter of the Buccaneer's.