Retirement still not in the cards for Blackwell barber 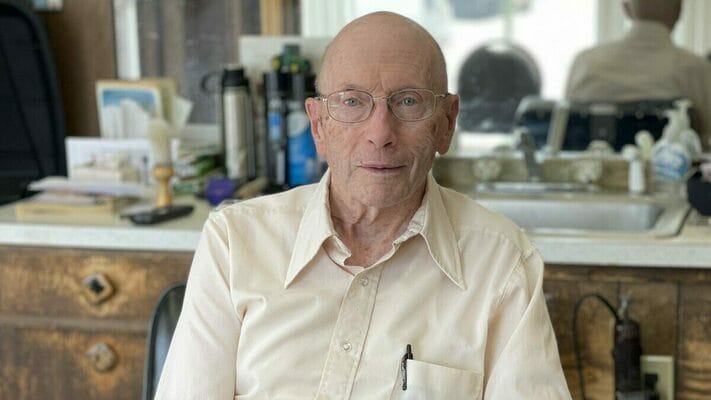 After more than 60 years of cutting hair, Joe Bersche isn’t slowing down.

“Well, people like to talk,” Bersche said, chuckling in his barbershop on the corner of Main and Bridge streets.

“But I’m not retiring anytime soon. I got a few more years left in me.”

Bersche sat in the chair at his shop, thumbing through a magazine after his lunch break one day last week before his afternoon clients trickled in.

He reminisced about starting his business and growing up in Kay County.

Born and raised in Blackwell, Bersche graduated with the Blackwell High School Class of 1956 before attending a technical school in Tulsa. After graduating, Bersche started working in 1959 and hasn’t stopped since.

“At the time, there wasn’t a barber in the area,” Bersche said. “My line of thinking was that, ‘Hey, people are always going to need their hair cut. Business is always going to be steady, so why not give that a try?'”

He began cutting hair in Medford before opening up his shop in Blackwell. In 1974, he moved his operation to its current location in the Equity Plaza.

“I’ve gotten to sit right here and watch the world change outside my window,” Bersche said.

Bersche loves what he does and the conversations he gets to have, he said.

“Some people come in and want to chat,” he said. “They want to tell me about their life and what they’re doing. Then some people want to come in and don’t want to talk, and that’s fine by me as well.”

After cutting someone's hair for so long, Bersche said, you get to be a part of someone’s family.

“I’ve cut the hair of young men who have kids of their own, then their kids have kids … and they all come back in,” he said. “It’s pretty wild to see that.”

Through the years, Bersche has built up quite the customer base. Some people have traveled from Guthrie, Stillwater, Kansas City and Salina, Kansas, just to see Bersche. Business is steady, to say the least.

“The styles have changed, sure. The world has changed. But I haven’t, really, and I like to think that’s why people keep coming in. … My health is good, my spirits are good, and as long as I have those, I can keep doing what I love."

“Every couple of years, I hear people say, ‘Oh, I hear you were retiring,’” he said with a laugh.