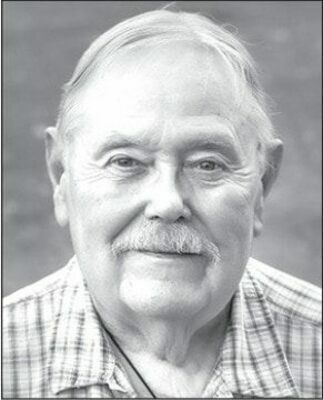 Gary Boyer of Blackwell, Oklahoma, passed away on August 1, 2022, at OU Medical Center in Oklahoma City, Oklahoma at the age of 85 years.

He gained his wings and joined Linda in Heaven on her birthday.

He attended Blackwell Public Schools and graduated with the class of 1955. He married Linda Jalayne Logan on July 7, 1963, in Blackwell, Oklahoma.

She preceded him in death on June 16, 2017. He worked for Safeway for 25 years, and then started his own carpentry business. He was a foster parent for 20 years before moving to the Baptist Children’s Home in Madill, Oklahoma. Following his return to Blackwell, he started his own company, B&B Builders, with his son-in-law, Barry Briggs.

He was a member of the Immanuel Baptist Church and enjoyed fishing, camping and spending time with family and attending their activities.

Gary was a prayer warrior and proud flag loving American.

He was preceded in death by his parents; and siblings, Bob, Ken and Allen Boyer and Linda Trenary. Services were held at 10:00 a.m. on Saturday, August 6, 2022, at the Immanuel Baptist Church, Blackwell, Oklahoma, with Rev.

Matt Smith officiating. Burial followed in the Blackwell Cemetery. A memorial in his honor has been established with the Baptist Children’s Home, Madill, Oklahoma, c/o Roberts and Son Funeral Home, 120 West Padon, Blackwell, Oklahoma 74631. On-line condolences can be made at www.robertsandsonfh.com.