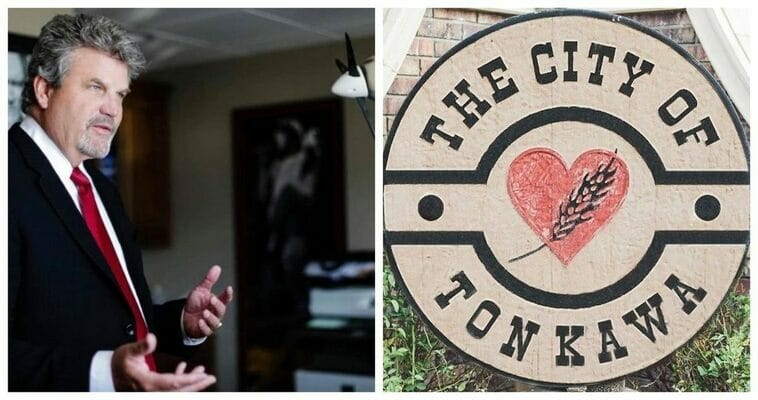 Kennedy did not return a call to The Journal-Tribune on Monday.

News of the lawyer’s resignation came days after his legal advice was discussed during July 28 court proceedings.

Investigators honed in on an April 2018 incident when the City of Tonkawa purchased concrete blocks and a snow plow blade at an auction of G&C’s assets. Tonkawa then sold the items to Blackwell days later, and the materials never left the auction site.

Because Greenfield was mayor at the time, auditors said the purchase violated Article 11 of the Oklahoma Constitution, which bans municipal officials from receiving “any interest, profit, or perquisites arising from the use or loan of public funds.”

Prosecutors alleged in court that Henderson and Outhier conspired to make the purchase.

Henderson testified that Kennedy told officials the transaction was permissible, and Kennedy told The Journal-Tribune on Aug. 1 that he believed the purchase was legal under the Oklahoma State Statutes. However, he said he did not consider the state constitution when he advised officials.

Aside from Blackwell, he has represented the cities of Enid, Cherokee, Perry, Waynoka, Fairview, Thomas, Okeene, Okarche, Cleo Springs, Ringwood, Billings, Beaver, Mulhall and Covington, according to a short biography on the City of Cherokee’s website.

Kennedy has taught courses to municipal officials for the Oklahoma Municipal League, a coalition of Oklahoma cities, and he served as president of the Oklahoma Association of Municipal Attorneys, according to the City of Cherokee.