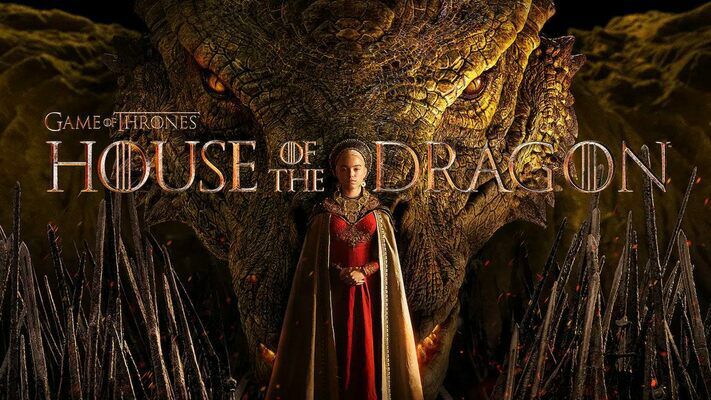 “The gods have yet to make a man who lacks the patience for absolute power.”

Sunday night, dragons roared once again on HBO and HBO Max when audiences returned to Westeros for the first time since 2019’s controversial series finale to “Game of Thrones”.

“House of the Dragon”, an ambitious prequel series chronicling the last great Targaryen dynasty some 100 years before the birth of Daenerys Targaryen during the civil war known as The Dance of Dragons.

The first episode sets up our key players and conflict:

In the last years of King Jaehaerys Targaryen’s reign, with no immediate heirs, the line of succesion was brought to a vote between two of Jaehaerys’ grandsons, Viserys I Targaryen, and Princess Rhaenys Targaryen. By Westerosi law, a male descendant always comes ahead of the female. Thus, Viserys was chosen and Rhaenys was deemed The Queen Who Never Was.

Nine years later, King Viserys (a terrific Paddy Considine) rules Westeros with his wife, Queen Aemma Arryn and has no male heir to succeed him. Viserys rules surrounded by a council that includes his brother, the hot-tempered Daemon (Matt Smith), Ser Otto Hightower (Rhys Ifans), and Lord Corlys Velaryon (Steve Toussaint), the husband of Viserys’ cousin Rhaenys who was passed over as queen nine years prior.

A tournament is being held in King’s Landing to usher in the birth of Viserys and Aemma’s new child, who they both hope are a male to end the debate of succession. Aemma, and the male heir, die in childbirth, and King’s Landing is thrown into chaos as Viserys names Rhaenyra his successor, passing over his own brother Daemon and unwittingly igniting one of the bloodiest feuds in Westeros’ history.

The drama, sex, violence, and political maneuvering are all here. The stage is set for war. And the audience is invited to behold this world once again.

The series is based on George R.R. Martin’s biblical tome “Fire & Blood”, a textbook-like telling of the history of the Targaryen Dynasty, and the series pays out like the absolute best from that book.

By being honed in on King’s Landing and the drama unfolding there, “House of the Dragon” narrows “Game of Thrones” continent-sprawling scope but enhances the quality (so far) of what we have to see and work with.

King’s Landing feels alive, here, like it’s own little world, and it has the potential to really expand this location like we’ve never seen.

Daemon Targaryen is one of the key players here to watch, with Matt Smith reveling in this character, which is a darker exploration of his portrayal of Prince Phillip in seasons 1 and 2 of Netflix’s “The Crown”.

Rhys Ifans, an underrated talent who is no stranger to the psychotic and the sympathetic of genre-fare (2011’s ANONYMOUS and last year’s THE KING’S MAN) seems to be bringing both experiences to the table as Otto Hightower as well.

The series rests, of course, on the shoulders of Paddy Considine as King Viserys who audiences will recognize from Edgar Wright’s HOT FUZZ as well as 2016’s dramatic retelling of MACBETH. From scene to scene Considine is care-free and jovial before flipping to be vengeful and, honestly, terrifying.

While episode 1 boasts the blood and gore that “Game of Thrones” is known for, it also delves into the more quiet and disturbing moments that made House of the Dragon’s predecessor shine such as the “Heir for a Day” exchange and a brutal, gut-wrenching, cesarean section birth as well as the subsequent funeral pyre scene.

Time will tell if House of the Dragon can match the highs (and hopefully not the lows) of Game of Thrones, but one thing is for sure: this series shows, above all else, promise.

Audiences and fans should also find comfort in the fact that unlike Game of Thrones, this series is spearheaded by creator George R.R. Martin himself which should keep the show on the rails whereas ‘Thrones’ fell off in the later years without his guidance and the backbone of the as-of-yet-finished “A Song of Ice and Fire” book series.

House of the Dragon airs Sunday nights at 8 p.m. on HBO and HBO Max.

“Fire & Blood” as well as the Game of Thrones book series, is available at the Blackwell Public Library, for those interested.