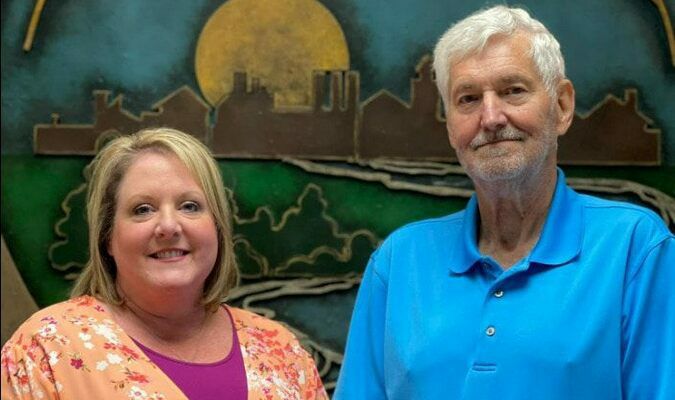 The Blackwell City Council met Thursday night to swear in Karey Henderson as the Ward No. 2 Commissioner, and to discuss the matter of restitution owed to the City of Blackwell by former mayor T.J. Greenfield.

The meeting began at 6 p.m. with public comments from Blackwell citizen Russ Bartlett.

Bartlett then said he believes City Attorney Bryce Kennedy should “recuse himself” from the matter of Greenfield’s restitution because “[Kennedy] was partially responsible for the legal action taken against Mr. Greenfield.”

The Council moved onto the financial report from Chief Financial Officer Russ Meacham, who noted that the City of Blackwell’s sales tax revenue was up from the same time in 2021.

He noted, however, that Blackwell residents were seeing “extremely high bills.”

“These bills are attributed to a factor out of our control, rather than the utility rate increase,” Meacham said.

“There’s two factors we’re dealing with. One is the OMPA cost due to inflation, and the other is the increase in usage.”

Meacham said the number of days when summer temperatures soared into triple digits was drastically worse than last year.

Bills are higher because people are using 20% more than they did in 2021,” he said. “The city is charging more because we’re paying more.”

Following Meacham’s presentation of financials, the Council unanimously voted to appoint Henderson as the Ward No. 2 Council member.

A Kay County native, Henderson said she was flattered when she received the initial offer to serve. “I was a bit shocked when I received the call from Jerry Wieland,” she said.

“I had to give the idea some serious thought. I was flattered that Jerry felt I was a good candidate for the position, and I wanted to be confident about accepting the responsibility.

“I would not consider myself a political person and had not considered a position on the City Council in the past. … I have watched the current City Council from the sidelines and am impressed with the positive momentum they have achieved. I am excited to be part of the team and continue to help make great things happen for Blackwell.”

Henderson is involved with the Blackwell Public Schools district as a parent and as the counselor at Blackwell Middle School.

“I think working so closely with many families and students gives me a very unique perspective of our community that many other Council members may have not had,” she said.

“My position in the school system helps me to be aware of the needs of the students and families of Blackwell.”

Henderson is a graduate of Newkirk High School. After high school, she attended Oklahoma State University.

She has a bachelor’s degree in family relations and child development and teaching certifications in early childhood education and elementary education.

Later in the meeting, the Council convened in executive session regarding the pending restitution claim against Greenfield.

After an hour, the Council reconvened in open session, stating that it was the motion of the Council to “approve the specifications and advertise for an auditing service.”

Onto the Blackwell Municipal Authority agenda, Wieland reported that the bid for the automatic meter reading system was extended through September after a successful meeting with several potential vendors.

Following that, the municipal authority entered an executive session to discuss the matter of former Blackwell Public Works Director Jerry Eubanks and his wife, Sherry Eubanks, who are facing criminal charges. No action was taken.

Finally, the Council moved onto the Blackwell Facilities Authority agenda to approve the sublease with the Kay County Free Fair Board for fair week, Sept. 13 through Sept. 18.

The Council also entered into an agreement with the Pecos League of Professional Baseball Club, LLC, to make Morgan Field the home to the Blackwell Flycatchers, an independent semi-professional baseball team, to host its 25 home games for June and July 2023 in Blackwell.

“It’s very exciting,” Wieland said. “I met with members of the baseball board, parents, coaches – everyone is looking forward to this relationship. It will be a huge benefit to have this semi-pro team here, and they will work closely with our players to mentor them while they’re here. It is a great opportunity for Blackwell and especially our youth.”

Wieland showed off the jerseys, hats and other mocked-up merchandise for the team. The meeting ended before 8 p.m.