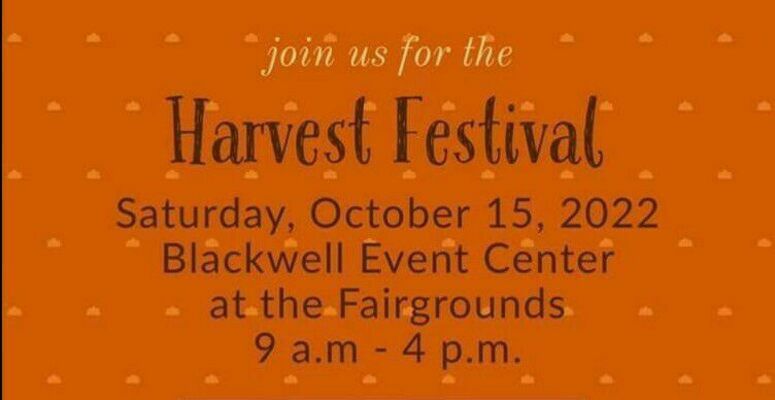 On the heels of 2022’sfirst annual Kay County YouthPageant, the pageant board is hosting a fundraiser Oct. 15 at the Blackwell Event Center to keep the momentum going.

The pageant aims to give Kay County’s youth a chance to better themselves and the community by instilling lifelong lessons and inspiring community service.

The fundraiser will be a craft show, car show and chili cook-off, according to an official announcement from pageant director Nikki Barnes.

“Right now, we are working on the fundraiser for Oct. 15,” Barnes said. “I spoke to City Manager Jerry Wieland last week, and he donated the usage of the fairgrounds for the fundraiser. Jerry said that the City of Blackwell will do anything to help its youth.”

Barnes said it wasn’t just a simple donation, however. It was a series of questions that proved to Barnes – and the City of Blackwell – the cornerstone of what the pageant is really about. “[Jerry] didn’t want a generic answer like ‘we are hosting pageants,’” Barnes explained.

“He wanted to know what we were trying to accomplish. And I explained to him that we are hosting pageants to help children with self-esteem, stage presence and public speaking. I told him that I feel like pageant teach the youth to work together and to encourage other, and that we want to give our youth the message that we don’t knock each other’s crowns off. We help each other straighten them. “He said those are all things that are youth aren’t taught so much anymore and that they need.”

Barnes also aimed to dispel preconceived notions that people may have about youth pageants and contests.

“I think that when people think of pageant they think of ‘beauty pageants,’” she said.

“They think that we are teaching these children that outer beauty is everything. And in reality, it is the exact opposite. We are teaching these children that outer beauty is absolutely not everything – that you can get on the stage and be the most physically beautiful person there, but if you can’t make eye contact and you can’t answer the questions intelligently, then you’ve only won 1/4 of the pageant. “And if you can’t encourage your fellow contestants and feel like you aren’t competing against them but are participating with them, then you haven’t won anything at all. Pageants have evolved to include inner beauty, with criteria covering judging of personality, intelligence, talent, character and charitable involvement, through interviews with judges and answers to public on-stage questions.”

Barnes detailed what goes into pageantry, along with fellow director Connie Van Brunt.

“Connie and I are both just locals who see a need in our community that we can help be met. We both enjoy helping others and giving people a hand up, not a hand out,” Barnes said. The first pageant took place this year and coincided with the Tulips A Bloom Festival revival.

“We had an excellent response and had over 50 contestants,” Barnes said. “It was our first pageant, and so we definitely learned a lot. We have grown as a committee since and made many improvements. We are so looking forward to our Christmas pageant in December. We have a lot of parents who are patient and realized it was our first pageant, and they can’t wait to enter their children in the next pageant so they can see how we have grown as a committee and what we have learned and improved.”

The 2022 pageant was a learning experience. “We also learned that we need to have the judges tally after every age group so that, at the end of the pageant, we aren’t taking a lot of time to tally the entire pageant,” Barnes said. “We learned about set-up, and we learned a lot about organizing. I think we can all agree that what we need the most is more volunteers. So, if anyone is interested in helping, we’d love to have you on board.”

Pageant committee members said they were thankful to work with the City of Blackwell, and they appreciate the city’s hospitality and willingness to help. Barnes and Van Brunt say they hope the pageant is the start of a more community-driven Blackwell.

“As a committee, we definitely plan on bringing several activities throughout the year,” Barnes said.

“Not just the pageants, but many other activities, including fundraisers. We are going to encourage the youth to be involved in their community.”

Barnes continued, stating: “One of the benefits of our program is the opportunity to teach the youth that they are not in this world alone – that there are so many benefits to working together and not competing against each other. And we want to help them realize how rewarding it is to help others, and how important community involvement is.”

The Oct. 15 Harvest Festival Fundraiser will run from 9 a.m. to 4 p.m. at the Blackwell Event Center and will feature a craft show and chili cook-off as well as a car, truck and motorcycle show.

Vendor applications are being accepted.

The pageant will be Dec. 3 and will be titled “Rockin’ Around the Christmas Tree.”

The pageant committee is meeting tonight at Prairie Smoke BBQ at 6 p.m.