The Blackwell Flycatchers will swing for the fences in 2023 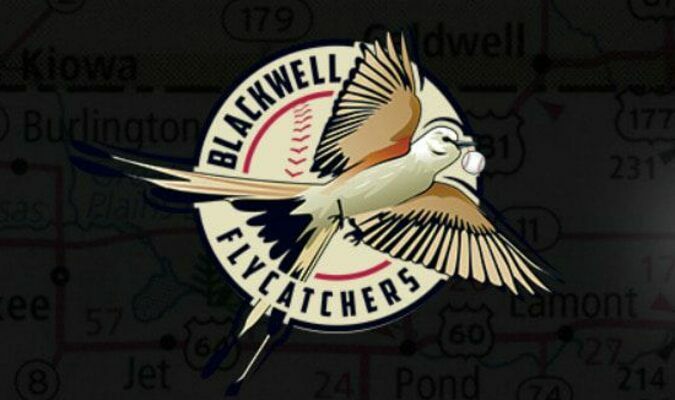 For the first time since the 1950s, Blackwell will be hosting America’s favorite pastime in America’s Hometown.

At the Aug. 18 meeting of the Blackwell City Council, city officials announced that Blackwell will host the Pecos League, an independent baseball league that operates across the Midwest and represents cities that do not have major- or minor-league baseball teams.

The Blackwell Flycatchers will take the field in spring 2023. They will act not only as a tourism incentive, but also as a learning experience for the youth of Blackwell’s various baseball teams. The Flycatchers – named after Oklahoma’s state bird, the scissortail flycatcher – will join the Pecos League’s 13 other teams across Kansas, Texas, New Mexico, Colorado, Arizona and California.

Morgan Field will be the home of the Flycatchers, who will play 25 home games in Blackwell and help maintain the field.

“I met with some members of the baseball board, players and parents, and everyone is looking forward to a great relationship and to making this work. “Not only will we have this team here to play these home games, but they will be here to mentor our baseball kids and to motivate them throughout the summer, which I thought was really great.”

The Pecos League website already has merchandise for the Blackwell Flycatchers as well as the team schedule. Those interested can buy t-shirts, jerseys, hoodies, helmets, bats and more. The Flycatchers’ first two games on June 1 and 2 will be away, playing the Garden City Wind in Garden City, Kansas.

The first home game is scheduled for June 3 at 7 p.m. against the Garden City Wind. Home games will stretch from June 3 to June 11. The team will play the Santa Fe Fuego from Santa Fe, New Mexico, and the Trinidad Triggers from Trinidad, Colorado. The Flycatchers will be away from June 12 to 19 and return home June 20 to 21 to play the Austin Wierdos, hailing from Austin, Texas.

More information on the team can be found at www. blackwellflycatchers.com.

Morgan Field was once home to Blackwell’s own team, which was an affiliate of the Chicago Cubs. The baseball stadium, located on south Main Street next to the county fairgrounds, housed the Blackwell Broncos, a minor-league team that played as members of the Oklahoma State League, the Southwestern League, Kansas-Oklahoma-Missouri League and, finally, the Western Association.

Baseball began in Blackwell in 1924 with the Blackwell Gassers playing at the Fairgrounds Park before the team fell apart in 1926 with the disbandment of the Southwestern League.

Blackwell regained its stake in minor-league baseball when the Carthage Cubs relocated to America’s Hometown in the early 1950s, becoming the Blackwell Broncos. In their first season, the Broncos pulled in roughly 51,000 attendees.