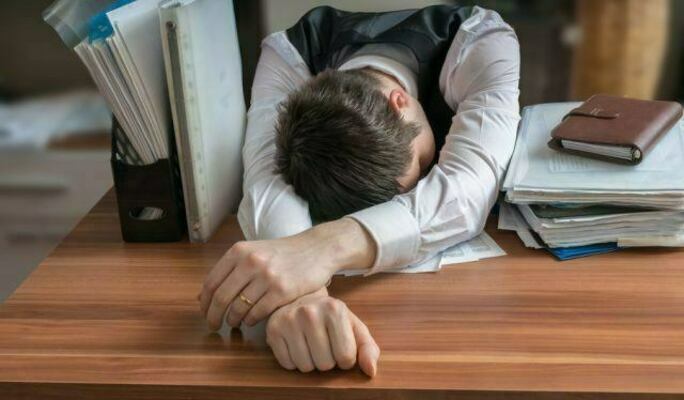 The world needs more hard workers. But more than that, we need to appreciate the ones who are already among us. A couple weeks ago, an AT&T technician came to set up internet at my new apartment in Alva, and he had to really work to get the job done.

Cutting through thick concrete, drilling holes in the wall and running a long wire were only some of the tasks he had to complete before I was online. He spent hours on the job, working well into the evening to make sure I had good internet service.

He was incredibly kind and represented his company well. AT&T is fortunate to have him, and so are customers. The quality of the goods and services we receive from any business, whether we’re buying groceries at the supermarket or having appliances installed, depends on the kind of people who work for the places we do business at.

And the kind of people who work for a business are molded not only by their leadership, but by the people they interact with daily. That especially includes customers. We all want good service and want to get what we pay for. But all too often, we fail to express appreciation when we do.

Most people who work in service industries have thankless jobs. Customers constantly complain about how long a task takes to finish, and they channel their anger toward the first person they see – despite the fact that the person they’re interacting with likely had nothing to do with the problem in the first place. Waitresses are a prime example.

They can’t help what happened in the kitchen. They also can’t help the fact that maybe you slipped up somewhere, too. The same is true in cases when a company has to dispatch someone to repair an issue with a product, like internet connection, air conditioning, you name it. Customers may be tempted to vent all their frustration at the person coming to fix their problem, not the people who created the system that failed.

Sometimes, the problems that arise are truly beyond anyone’s control. All too often, we think that company employees aren’t working hard or fast enough or are not doing their jobs as well as they should. We fail to consider, however, that these same people may not have enough coworkers to get jobs done more quickly. These days, most places of business are understaffed. Remaining workers are taking on more than they can really handle.

This applies to virtually any job you can think of. Yes, hiring people has gotten a lot harder since the pandemic, but people’s work ethics seemingly have been in decline for a long time.

That’s a shame. But let’s focus on the fact that millions of Americans are still going to work each day, putting on a hard hat or vest and donning a smile as they deliver us with the best service they can, given the means they have and the work environment they’re in. When you’re having a problem or waiting for assistance, stop and think before you start getting angry.

Consider that the people helping you have probably had a long day like you have – and they’ve probably dealt with many people who weren’t mature enough to keep their anger from getting the best of them.

When you see people working hard, thank them for showing up and putting their best face forward.

You might be the only person who has ever done that. Seriously. In the two weeks since I’ve had my internet hooked up, I’ve had no problems. The technician cares about his work and his customers, just like many other American workers these days. Let’s show them the care they show us.

Whether you’re waiting in a long checkout line at the store or hoping a repairman will show up soon, be kind to the people serving you, and take a moment to say you appreciate them. The world would be a much better place. It’s already better because of the hard-working, skilled men and women like that technician. Hopefully other folks will see that, too.