Blackwell Schools dissolve wards: what that means for you 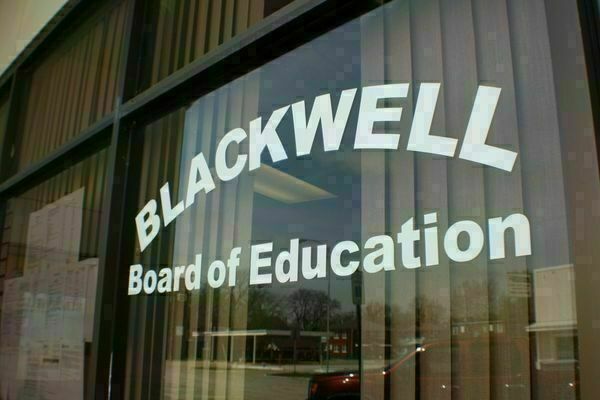 The Blackwell Board of Education dissolved the school district’s ward boundaries during last week’s special meeting, meaning eligible Blackwell residents can run for a seat on the board regardless of where they live.

The decision was months in the making, as Superintendent Shawn Haskins spoke to the Board of Education in early August after the group was facing difficulties filling two vacant seats.

“It made sense when Blackwell had the high school, middle school and three separate elementary sites so that all of these places could have equal representation and champions for them,” Haskins said in August.

“But it is just not feasible in this day and age to keep our board divided.”

Haskins reiterated that point last week, saying: “Back in those days, wards were important. They were about having equal representation for all the school sites. We wanted everyone to have a voice, and now we don’t have schools in all of those sites, so we’ve struggled to fill these positions on the board because of the ward limitations.”

Three of the elementary sites were disbanded to consolidate first through fifth grades into the then-newly built Blackwell Elementary School in 2009.

Huston Center, which housed Pre-K and Kindergarten classes, was decommissioned in 2014, moving all elementary grades into one building.

The elementary school is in Ward No. 2, while the middle and high schools are in Ward Nos. 5 and 1, respectively. There are no school sites in Ward Nos. 3 or 4.

“We have a lot of fantastic, outstanding individuals in the community who would love to be on the Board of Education,” Haskins said. “But they can’t because they might live a house down from another board member.” Haskins also said that almost no other comparably sized school district is still divided by ward seats.

“The state has a law that, if your district is under 1,800 kids, you no longer have to have wards,” Haskins explained. “We’re about 1,100. We talked to several people within the community like ex-board members, educators and staff past and present. This wasn’t a decision we made just on a whim.”

The board unanimously voted to dissolve the wards.

“It’s going to be more beneficial to Blackwell in the long run,” he said. “We’ve been limiting who can be on the board. … The idea, the basic idea, is to have good board members – to have good people in the community making decisions about our schools.”

The board has two vacancies to be filled by appointment. Filing for the board opens in December, with a general election set for April. If more than two candidates file, a run-off election will be in February.