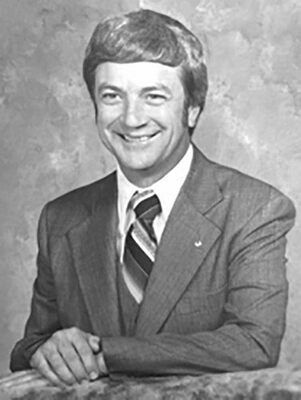 Laurence Cornelius Hillhouse died on Sunday evening, July 17, 2022, at his home in Blackwell, Oklahoma. He was born on January 13, 1934, in Mt. Vernon, Missouri, to Ora and Lorene Minnie (Thomas) Hillhouse. He married Ava Lee Staggers of Lamont, Oklahoma, on September 27, 1953, his partner in life for nearly 69 years. To this union were born four sons and one daughter.

Laurence worked for Safeway Grocery Stores in Blackwell, Guthrie, Cherokee, and Tonkawa, Oklahoma, and Pratt, Kansas, as an assistant manager or manager for more than 36 years. He was also an accomplished musician known widely for his skill as a guitarist.

Laurence was preceded in death by his parents and his only daughter, Kristal Leann Lucas, and a daughter-in-law, Kelly Dawn Hillhouse. He is survived by his wife Ava Lee of the home; his sons, Larry Dwight (Vicki) of Braman, OK, Gregory Arthur (Tammy) of Piedmont, OK, Kevin Lee (Vicky) of Edmond, OK, and Jeffrey Mark of Newkirk, OK. He is also survived by 16 grandchildren and 21 great-grandchildren. Also surviving are his sister Vera Mae Williams, of Fort Worth, Texas, his sister-in-law Jewel Earsom, of Sulphur, OK, and a host of nieces and nephews.

A private memorial service will be held September 24 at the home.

After 30 years, this historic Deer Creek shop i...