Life lessons with Tracy Lawrence: Ya find out who your friends are. 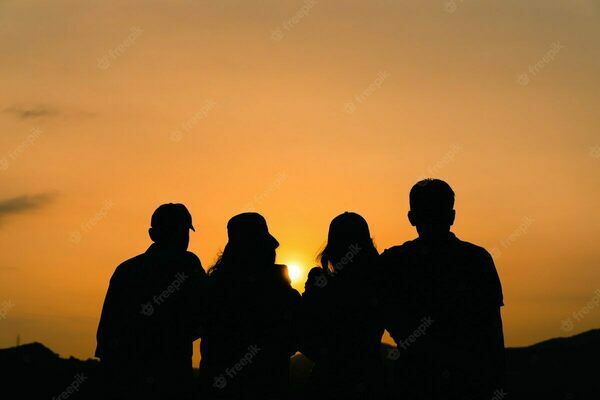 One of the best country music songs of our time is “You Find Out Who Your Friends Are” by Tracy Lawrence. If you’ve never heard it, you’re missing out on a powerful – and truthful – lesson.

The gist of the song is this: When you’re in a bad situation, your closest, best friends will be there to help. I was reminded of this on the morning of Sept. 22, when my college newspaper – the Northwestern News – experienced what we in the newspaper industry call a “problem.”

The campus newspaper is published Thursday mornings, so it is placed on racks around campus Wednesday nights for students, faculty and staff to pick up bright and early the next day. Every other week, editions are labeled and mailed to our subscribers.

For various reasons, the paper never made it to the racks Wednesday night, and no copies were labeled for mailing. So, when I got up Thursday morning and learned that our paper hadn’t been distributed, I knew it was going to be a long day.

Thanks to a couple great friends, however, a bad situation turned into a fantastic lesson. When I realized what happened – or didn’t happen, rather – I called Caitlin Hofen, the News’ feature and entertainment editor, and Cade Kennedy, the News’ sports editor, to get some help getting the paper out.

The predicament meant all of our days had to start a little earlier than we planned, but Caitlin and Cade answered their phones and said they’d come to campus right away.

While they were heading to the campus newsroom, I was driving downtown to the Alva Review-Courier to load boxes of newspapers into my truck.

As soon as I finished loading the newspapers up, about a minute before rain started falling, that classic Tracy Lawrence song came on the radio. I breathed a sigh of relief. Just like he sang in the song, I already had a couple great friends waiting to help me.

Once I got back to campus, Cade and Caitlin got the newspapers ready to be mailed out, and I took papers to campus buildings. We had the work done in short order.

Now, the fact that our newspaper wasn’t delivered on time may seem trivial to those of you who haven’t ever worked in this business. But in the newspaper world, failing to get the paper on the racks in time – and failing to meet postal service mailing deadlines – is like waiting too long to jump off the tracks as a train speeds toward you. It’ll ruin your whole day, to say the least.

Even if you’re not a newspaper person, compare the plight we had to a time when you had a big project at work to tackle, but someone let you down or something threw your plans into complete disarray. Situations like that arise from time to time, and they can leave us feeling stressed out, worried, scared, angry, you name it.

In those times, our real friends shine. They’re willing to help out, no matter the cost and no matter the sacrifice, to help us get through.

That principle goes beyond occupational issues, too. I recently read a Winnie the Pooh story (you’re never too old for them) that talks about the value of friendship.

Pooh and Piglet went to check up on Eeyore, who was feeling sad. Pooh and Piglet sat quietly with Eeyore and told him they’d stick around until he was happier. They didn’t say much else, if anything. Their mere presence was all their friend Eeyore needed to find joy once again.

That’s another great example of what friends do. They show up. They don’t always need to talk, have the answers or try to fix everything. They just need to be there.

Of course, on Sept. 22, I did need physical help – and that’s exactly what my friends gave me. Cade and Caitlin are two of the awesome student journalists on this newspaper who put their hearts into putting out a good newspaper every week. We enjoy spending time together and have fun working as a team. It’s one of the best groups of people I have ever been around.

Even though that morning didn’t start out well, the day ended more beautifully than I could have imagined. The times when we’re disappointed by some are the times when we can find encouragement and help in others. Bad times are the best times to learn good things about great people.

After all, in the tough times, we do find out who our friends are.