Instead of saying "i'm bad at this", why not try and be better? 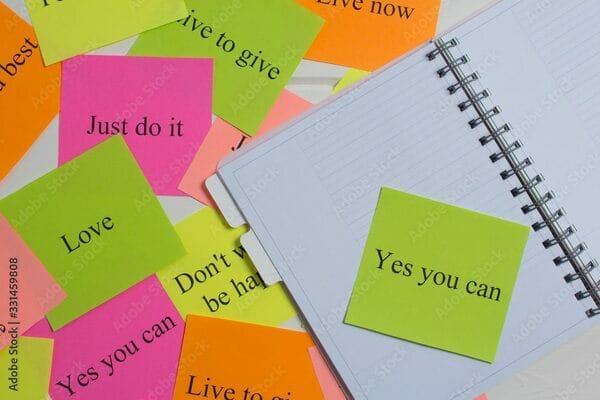 How did Muhammad Ali become “the greatest” boxer ever? Hint: It wasn’t his athletic ability. It was because he relentlessly insisted to people that he was the greatest. Today, everyone knows him to be “the greatest.” This reflects just how powerful our words are – and how we can use them to better our lives.

On the converse, we can worsen our lives, too. Think about how many times in a week you say things like: “I’m terrible with names,” “I can’t do numbers” or “I’ll never get over what happened.” I still catch myself uttering these types of phrases every now and then, but that started to change back in April. I was at a country music concert and met the guitar player. After our con-versation, I shook his hand and asked for his name again. I said I was no good at recalling names. His response surprised me. “Hey, don’t say that,” he said. “Do you want to get better at names?” I replied that, of course, I did. “Then say you’re getting better at them,” he replied. That was a revelation if I ever heard one. Phrases that begin with “I’m bad at” or “I can’t” are all too common, and the bottom line is that all are negative – and incorrect.

Thankfully, we have the capacity to get better at just about anything we put our mind to. People can improve their memories by eating healthier diets, getting more well-rested at night and doing activities that promote high-level cognitive function: crosswords, games that challenge our thinking and even taking some time to meditate.

People who lack mathematical ability may not have the gifts others can have, but with time and discipline, you can sure get yourself to a better place than you’re in now. I could keep listing self help tips for every problem imaginable, but that’s not the point. The point is that, no matter what you want to work on in your life, it’ll take time, work, discipline and responsibility.

Most important, though: It’ll take a positive mindset and an “I can” outlook. I wish I’d realized sooner that I only dig myself into a deeper rut every time I say something negative about myself. Maybe I wouldn’t have a problem with names if I hadn’t beat myself up the first time I forgot one. I’d wager that a lot of you, my friends, have found yourself in the same boat, being upset over some perceived flaw or shortcoming.

After a while, you may have accepted what you think to be your fate and settled in for failure and mediocrity. Well, I don’t think failure is anyone’s fate if you’re willing to try for something better.

Now, at this point, some of you may be thinking about all the ways to discount what I’ve just said, and to do that would be perfectly natural. But what if we did something revolutionary and adopted a supernatural way of thinking about our present problems? A mindset that we can, in fact, gain victory in the battle of the mind, whatever that may be for you?

And if you feel unloved, would it be so horrendous to say that you love yourself? I think not. The question is this: Are you forever bad at something, or have you merely been bad in the past? The next time you belittle yourself, stop and say something else. It’s good and important to admit that you have had weaknesses, but tell yourself that you’re getting stronger. Somewhere down the line, you might just find that you’ve arrived.

The Greatest didn’t start out by actually being the greatest boxer ever. He said he was the greatest before he became the greatest. Let’s think about applying that to our lives today. Rather than once again being terrible at something, let’s start saying we’re great at something – and say it until we are.