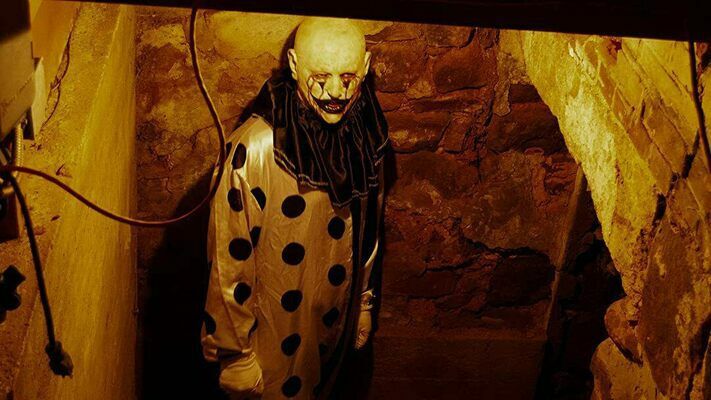 “On Halloween, witches come true, wild ghosts escape from dreams. Each monsters dances in the park.”

It’s “Spooky Season” and Halloween is right around the corner. Spooky drinks, yard decorations, fun little snacks, and creative costumes all make a Halloween-themed party great, but what’s better than that?

A scary movie, of course! One that chills and thrills, best watched through fingers, with the lights out and the sound up!

A father and son coroner (the fantastic Brian Cox and Emile Hirsch) in a sleepy New England town receive a corpse that was found buried at a sinister crime scene. In their morgue, the autopsy reveals that the corpse is centuries old … and pure evil. This thrilling film is terrifying, with top-notch production values and a stellar cast. It’s emotional as it is scary, and an overlooked film in general.

Based on the true story of a string of chilling disappearances in Nome Alaska, psychologist Abigail Tyler (Milla Jovovich) uncovers the bone-chilling realization that these people were seemingly abducted by aliens. The scariest alien abduction film, or film about extraterrestrials, I have ever seen. This is one of the scariest out there. You WILL sleep with the lights on after this.

Available to stream on Hulu.

The first in an increasingly winding saga, HELL HOUSE is a found-footage film chronicling a “haunted house” attraction in upstate New York where, five years after 15 people mysteriously and horrifically died, a team of journalists try and piece together what happened. It’s a thrill-a-minute ride that expands upon itself in increasingly creative ways. There are two sequels and more on the way.

Available to stream on Amazon Prime Video and on Shudder.

A gimmicky live-streaming celebrity who conducts theatrical exorcisms to his millions of subscribers is in for the night of his life when he and his crew unwittingly encounter a real life demon during their show. What starts as a comedy evolves into true horror, culminating in a shocking finale.

Available to stream on Shudder and Amazon Prime Video

At first glance, this movie might not seem like much but a chance watch on a boring night delivered one of the most startling films I’ve recently seen. A rookie cop on her first assignment is given an easy first shift: wait for a cleaning crew at an old police station the night before it is permanently closed. Quickly, she is terrorized by the demons- literal and figurative- that still linger there.

Available to stream on Amazon Prime.

Recently released in theaters, BARBARIAN follows a young woman an AIRBNB where she becomes the victim of a horrifying creature that waits below the house. A film that is hilarious and scream-out-loud scary, the film also stars Justin Long and Bill Skarsgard and features some incredible creature-work.

This Taiwanese horror movie sees a couple separated during a violent plague outbreak in Taiwan that sees victims turned into ravenous and insane murderers. HEAVY on the gore, this ultra-violent bloodbath isn’t to be watched by those with a queasy stomach. One of the bloodiest, nastiest, films I’ve ever seen.

This all-time classic has no real “jump scares” or violence, but it is the most dread-inducing and uneasy watch of all time. A film dripping in foreboding and terror. Carried by Mia Farrow, this sinister 60’s drama will keep you uneasy and mistrustful of anything and everyone- even your closest friends- for weeks after.

This folk-horror nightmare takes place all in broad daylight as a group of backpacking Americans finds themselves in the middle of Sweden at a cultish village where not everything is flowers and maypole dancing. Florence Pugh’s big break, MIDSOMMAR is gory and scary, with some great acting to tie it all together...and a finale that will drop your jaw.

The film is available to stream on Paramount+

The tagline says it all “In space, no one can hear you scream”. Ridley Scott’s original sci-fi horror film that spawned a generation of comics, books, sequels, and games. A space-faring freighter intercepts a distress call on a distant planet and uncovers a horrifying egg that soon spawns an incredible and terrifying creature. Fantastic acting, out-of-this-world effects, and artful cinematography keep ALIEN as one of the definitive if not defining horror films of the 70’s / 80’s.

Available to rent on Amazon Prime.