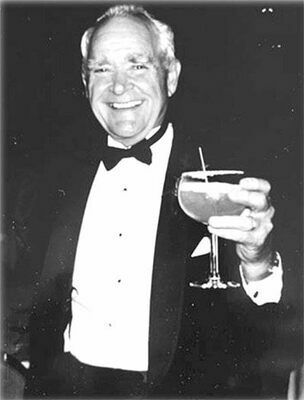 the date and hour after his beloved wife of 67 years, Jeannine Amend Saye. He had celebrated

his 93rd birthday shortly before his passing, surrounded by his family.

He was born on August 21, 1929, in Blackwell, Oklahoma, the son of John and Losina Saye. Along

with his mother and sister, he moved to California in 1939, becoming the man of the family. He

later left California to live with his father and stepmother, Leona, in Blackwell, where he

Engineering in 1951. While there, he met the love of his life. Though different in many ways,

Marshall being a swashbuckling party boy and Jeannine a prim and proper Church of Christ girl,

love conquered their differences and resulted in a life-long union that produced three children:

After college, he fought in the Korean War and after his tour there was over, decided to make

the military a career. He and the family lived in Germany, France, and Turkey, as well as

numerous places in the United States. Upon retirement from the Army, he worked for AT&T as a

facility engineer in St. Louis, Missouri. He joined the Church of Christ while attending Georgia

Tech in the 1960s and in true fashion, gave the practice of his faith everything he had.

understatements. He was continually helping with homework, teaching each of them to become

and becoming involved in Indian Guides and Scouts. Once his children were raised, with a similar

enthusiasm, he enjoyed them as adults. There were yearly trips to the Outer Banks, vacations to

other places too numerous to mention, golf matches with his sons in which he endured

countless thrashings with grace and dignity, and the occasional beer and margarita. He loved

dogs with the heat of a thousand hot suns. All dogs, not just his own. Every year at the Outer

Banks, he would learn the names of the various dogs on the beach and call them by name

throughout the week. Marshall was the life of the party, passionate in all things, and an

outstanding example of what a father and person should be. While he will be missed beyond

words, heaven is now blessed with his presence, and nothing has ended. Prayers for the repose

of his soul and peace for his loved ones is all that is requested. His ashes will join Jeannine’s at

“In my Father’s house are many mansions; if it were not so, I would have told you. I go to prepare