What "TWISTER 2" means for Oklahoma and audiences 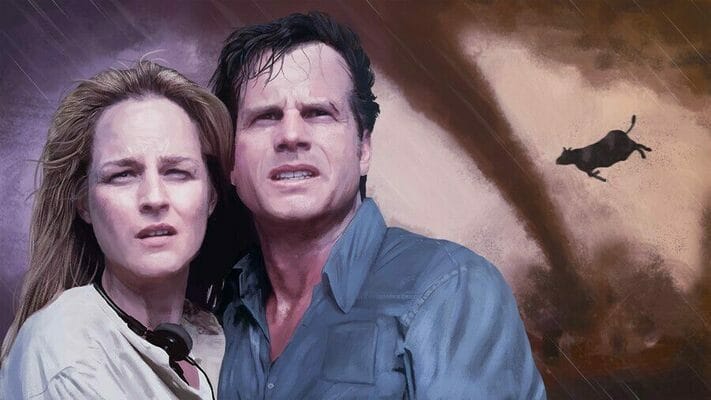 Last week, prolific movie news website Deadline broke the story that a sequel to the beloved 1996 film TWISTER was fast-tracked into production from Amblin, Warner Brothers, and Universal Pictures after Amblin founder and acclaimed director Steven Spielberg “loved” the latest version of the script he had received from Mark L. Smith.

Being titled TWISTERS (following in the footsteps of ‘Aliens’, ‘Predators’, and others) the new film is courting Helen Hunt to reprise her role as Jo Harding and is set to follow the daughter of Hunt’s character and the late Bill Paxton’s character Bill Harding.

In the era of “legacy sequels” or modern sequel / quasi-reboots to old Hollywood franchise films, we have seen gargantuan hits like the “Jurassic World” trilogy, the latest “Halloween” trilogy, Disney’s “Star Wars: The Force Awakens”, “Ghostbusters Afterlife”, and recently the mega-hit Top Gun Maverick which released this past summer.

There’s some interesting verbiage in Deadline’s story about TWISTERS, noting that the original written by science fiction master Michael Crichton of Jurassic Park, Westworld, Timeline, and Andromeda Strain fame, deals with climate change and how it is “more timely than ever” in the world of storm chasing and climate research.

Looking to last year’s terrific GHOSTBUSTERS AFTERLIFE, also set in Oklahoma, that film followed the descendants of the late Harold Ramis’ Egon Spengler character, focusing on his daughter Phoebe and could provide a good hint of whats to come with TWISTERS.

AFTERLIFE took special care to honor the legacy of Ramis and the Ghosbtusters franchise, which we can assume probably helped mold the decision to base TWISTERS of Paxton’s character’s daughter.

This is purely speculative, but I imagine that TWISTERS will deal with the daughter character returning to Oklahoma to finish the work her parents started and assembling her own crew of storm chasers to deal with the natural disaster phenomena.

The original 1996 film was filmed in and around northern Oklahoma including Wakita, Kaw Lake, and several stretches of road around the area. Wakita has an annual Twister festival every year to celebrate the film, and even has a museum with props from the film.

The question I see a lot online is “is it coming back to Oklahoma?” and while I can’t give a definitive answer, I can safely assume yes.

Oklahoma has exploded in recent years as a highly lucrative location of Hollywood with movies like “Killers of the Flower Moon” filming here as well as TV shows like “Tulsa King” and “Reservation Dogs” this is all partly due to the state’s extremely generous tax incentives for film production.

Filming is expected to begin on TWISTERS next year, according to Deadline, and the search is currently on for a director. TOP GUN MAVERICK director Joseph Kosinski was originally set to direct, but now it is looking to fall in the court of either Jimmy Chin and Elizabeth Chai Vaserhelyi of FREE SOLO fame or Dan Trachtenberg who is coming off a big year after helming the Predator reboot PREY for 20th Studios / Disney on Hulu.

Are you excited for TWISTERS? Who knows, you might see film crews in the area soon!