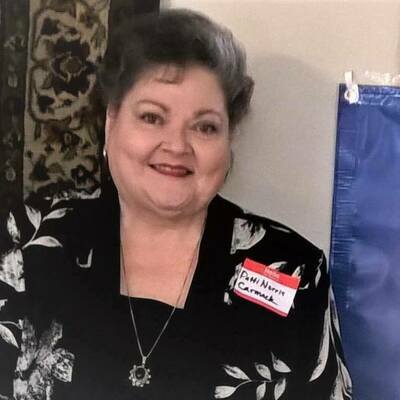 Red letters mean something different to everyone. In the financial world, being “in the red” is not pleasant. In the Bible, red letters denote that they’re the very words Jesus spoke. And in the world of writing and journalism, red letters mean only one thing: You’ve screwed up.

In my years of newspapering, no one marked up my mistakes in red ink more than Patti Carmack. She did the same with the work of many other journalists. But she wasn’t being a picky critic. Rather, she was showing us where we had room to improve – and she wanted to help us get better because she loved us.

Patti, a longtime editor at The Ponca City News, died Sunday after a battle with cancer. But although she’s gone, the lessons she taught journalists like me won’t be forgotten. They’re still written in red in our minds.

Patti retired years before I got into the news business, and we never worked together formally. But no matter the publication I was writing for, she was the best volunteer editor I could have ever asked for.

We first met in 2019 during a lunch gathering for which I am eternally grateful. My friend Sharon Rowen who, like Patti, was of News renown, arranged the meeting. The two worked together for years, and Sharon recalls being frightened by Patti when they first met. Sharon thought of Patti’s eyes like those of an owl ready to swoop down and devour a defenseless field mouse, though Patti’s prey consisted of subject-verb agreement errors, misspellings and verb tense changes.

Patti was certainly a no-nonsense woman, a classy lady and an ardent editor. No grammatical error, misplaced punctuation or meaningless word would be spared from the vigorous swipe of her red pen or being marked in red text in a Word document. It's funny how much she used the color red in her work considering that she was an Oklahoma State University orange Cowgirl. I guess irony gets us all somehow.

Once Patti and Sharon worked together for a while, the two became like family. Later, I was fortunate enough to become the third note in the chord. The whole “owl” bit stuck around, too, and became a great inside joke that the three of us shared at Patti’s expense. Fittingly enough, Patti actually loved owls. Her Facebook cover photo shows one. Patti, like all good editors and owls, was wise. We’re better off for having gained some of her wisdom.

Patti became a mentor and “adopted” grandmother to me. I called on her many a time to edit my biggest, most important stories, even on tight deadlines for daily and weekly newspapers. She was faithful and dutiful to fix every error that met her eye. She delivered loving corrections – and a few sarcastic remarks, too, which I loved. Just a few months ago, she emailed me one day and said: “Nice story on race track. Needed some edits. Is there not an editor for stuff at [the publication]?”

I still laugh about that. Patti probably grimaced as she read some of the goof-ups I’ve made through the years, but she soldiered on and gave me constructive feedback. She pushed me to bolster my reporting, too. If I didn’t have enough sources, she told me. In a world of hot-takes, news flashes and sound-bites, getting enough verification is sometimes sacrificed in favor of speed. But to Patti, accuracy was king.

As the best journalists always are, Patti was a great storyteller, a trove of random information and a walking dictionary. More than all of these, she was someone I dearly love and someone who dearly loved others. She read just about everything I wrote, whether I asked her to edit it or not. When she said she liked I story, she meant it. She wasn’t a cheerleader who doled out unwarranted, insincere compliments. She gave out well-deserved praise, and getting her approbation was like winning an award.

One of the most meaningful “trophies” I ever got came from her, too. I went to visit her one day in 2020, and she gave me her pica poles, sharp metal rulers that were essential to newspaper work before computers came around. Patti used the pica poles during her time at the News to lay out thousands upon thousands of newspaper pages, trim stories and maybe even intimidate reporters. When she gave me her well-worn pica poles, I was stunned. In the world of journalism, being given an editor’s pica poles is like being handed the family Bible, grandpa’s favorite gold watch or even a lock of someone’s hair. It’s a sign of arrival and approval. I was humbled. I’ll use them for the rest of my life.

Patti never failed to say “I love you,” and although we didn’t get to talk during her hospital stay, I know she left this world loving me, and she knew that I love her.

But perhaps the greatest form of love she ever showed me were all those markings in red that she put on my stories. She had such tremendous passion for journalism that she wanted my work to serve readers as best it could – and she wanted to keep me from looking stupid in print. She corrected and taught me because she cared for me.

That’s what a good teacher does, and that’s what love is. Whenever I see Patti’s red letters, I’ll forever see her love bleeding through the ink.