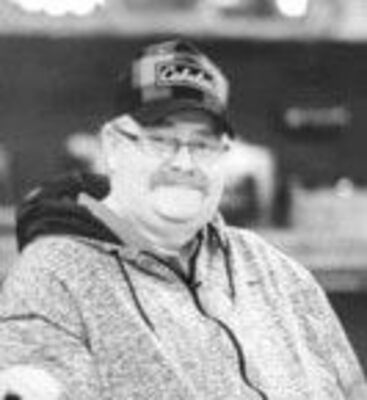 Shawn David Welch of Blackwell Oklahoma left this earth to be with the Lord on October 31st 2022. Shawn was born April 13th 1969 in Baxter Springs Kansas to Paul and Evelyn (Gilbert) Welch.

He attended Blackwell Public schools graduating in 1988. Shawn was blessed with a son Randall and for many years it was just the two of them until he married his soulmate Danelle Shoats in 2009. Later he and Danelle adopted three boys together. Shawn loved fishing, camping, spending time with family especially, his wife and boys. He was a member of Bethesda Church in Blackwell were he enjoyed worshiping with his church family until illness limited his ability to attend. Shawn was a HUGE fan, some would say FANATIC of the Nebraska Cornhusker and watch every televised game faithfully.
Shawn was preceded in death by his parents Paul and Evelyn Welch and one sister Mary. Shawn is survived by his wife Danelle and 4 Sons Randall, Hunter, Cameron and Noah, two brothers Paul Jr and Michael, five sisters Cindy, Penny, Diana, Tammy and Bethany.
A celebration of life will be held from 1 to 4 PM November 19th at Bethesda Assembly of God 115 West Oklahoma, Blackwell.