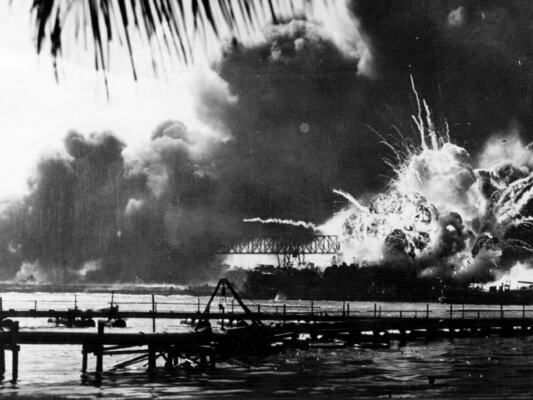 On Dec. 7, 1941, America awoke to the shocking news that the Empire of Japan had bombed the U.S. Naval Base at Pearl Harbor in Hawaii. Soon after, President Franklin D. Roosevelt ordered that the U.S. Army and Navy defend the U.S. against aggressors and declared Dec. 7 as “a date that will live in infamy.”

“This is a part of our history that we must always remember and use to educate future generations,” Museum Director Melissa Hudson said. “We will have a special display to honor the memory of Pearl Harbor. This is an annual event featuring articles, artifacts and other items honoring those members of our military at Pearl Harbor on that fateful day.”

The museum is recognized as a Blue Star Museum for its historical military displays, including the Pearl Harbor display. The museum honors Kay County natives who died during the attack, including:

The luncheon will take place from 11 a.m. to 1 p.m. The meal will consist of stew, chili, chicken and noodles, cornbread, dessert and a drink for $10 per person.