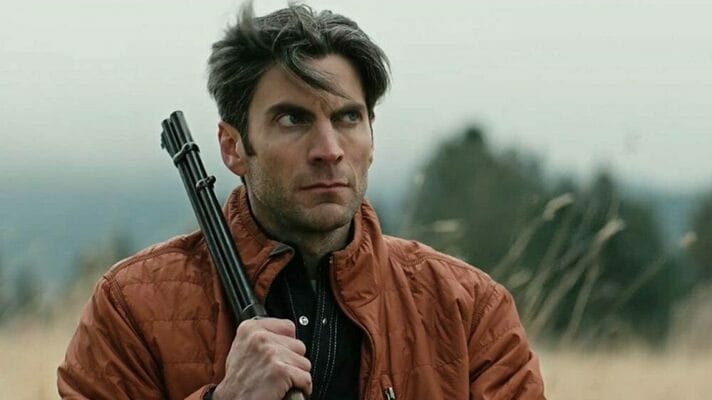 Is it time to redeem Jamie Dutton?

Yellowstone is the most-talked about show out right now that doesn’t involve dragons or superheroes, and like any good show it needs complex characters and damn good villains.

For several seasons now, Jamie Dutton, the runt of John Dutton’s family, has been both.

Is it time for his redemption arc?

In Sunday’s Jamie-centric episode, he gives his sister Beth a ride home from jail after she got locked up following a dizzying bar-fight. Jamie convinced the woman she attacked not to press charges, and as he was taking Beth back to Yellowstone, she noticed the child’s car-seat in the back of his SUV, prompting an intense fight between the two.

“God gave you a boy?!” she screamed, attacking him and causing them to nearly wreck off the road. As she stormed out of the vehicle and down the highway, she warned Jamie she was going to take his son from him.

Jamie pleads with her, and finally admits that having her forced sterilization done at an Indian clinic when they were teens was the worst mistake he’s ever made (which is saying a lot, as Beth notes.)

Meanwhile, Jamie has a date with Sarah, the hit-woman seductress from Market Equities who are still quite sore about the whole airport deal. Jamie and Sarah hit it off at the bar, and proceed to go have a “private” meeting in a shower room. Beth stalks them, and snags a picture of Sarah’s ID to go into sabotage-mode.

The “Beth hates Jamie” subplot is almost running on fumes at this point, to an extent that even John was exasperated by it in the season opener, giving Jamie his whiskey to Beth’s chagrin.

But are we about to see a role reversal?

For several seasons Jamie has been backed into a corner, mostly by Beth, and has had to respond in drastic measure. Has he done some bad things? Sure. Is he a bad guy, at his core? Not quite.

Beth gets a pass by the audience time and time again for her behavior because people love Beth. Jamie is not afforded the same treatment- why? Because Beth hates him for what he did to her?

I’m not saying what Jamie did was BY ANY MEANS acceptable, but he was a terrified boy faced with a dilemma that none of us probably could have made a “smart” move in.

Jamie has been berated since season 1 and all he’s done is the Dutton’s dirty work, diligently, and gotten dumped on by John, Beth, and everyone else for it. He has killed to protect his family and made countless other personal sacrifices as well.

It’s my theory that the writers are slowly perhaps shifting Beth to be the antagonist, a wild bomb that could go off at any time, and that Jamie will be the one that John eventually needs to reel her in. While her behavior makes for great comedy keeping with her character, John even seems fed up with it at this point.

So is Jamie’s romance with Sarah actually a part of his own game? We both know Jamie has been burned one too many times by espionage not to be catching on to what Sarah and Market Equities is doing here.

What do you think? Are the tables shifting? Does Jamie possibly deserve from redemption now?