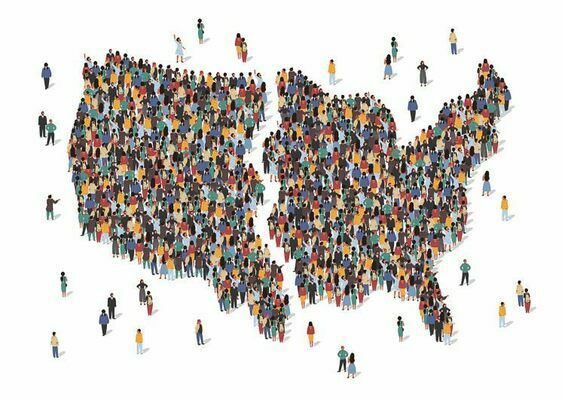 Two years after the United States dropped an atomic bomb on Hiroshima, Albert Einstein was concerned. In a 1947 letter to a U.S. congressman, Einstein warned of the danger that could come from the rapid development and accessibility of weapons of mass destruction.

“The gulf between East and West which men of good will have worked to close is widening daily,” Einstein wrote. “Some people believe that no reconciliation is possible and that another World War must decide the issue.”

Here we are, 75 years later, in a similar situation. The United States faces nuclear threats from enemy nations. Yet even more concerning is the fact that the same kind of division Einstein saw growing between the eastern and western world is festering right here at home, largely along political lines. People have shattered friendships, careers and their families through bitter political squabbles that devolved into personal attacks. Countless people have, in effect, chosen the “nuclear option” in their relationships and lives.

Amid the fear and turmoil, Einstein offered a word of hope.

In the same letter to the congressman, he said: “Such a time in history breeds defeatism and despair. But there are those among us who believe that man has within him the capacity to meet and overcome even the great tests of our times. What we must not lose, or we lose all, is our willingness to seek the truth and our courage to act upon the truth. If we maintain these, we cannot despair.”

That piece of wisdom must be one of the greatest and yet most underappreciated quotes of the 20th century. And I think we can learn from it – if we’re willing to.

Abraham Lincoln suggested that America would be destroyed not by an outside force, but by division from within our nation. Whether his statement becomes prophetic is up to us. Our tongues, as we read in the book of Proverbs, hold “the power of life and death.”

Our words do matter, and how we use and say them matters more.

Civil political debate is a vital part of our constitutional republic (it is not a democracy). But for years, people have tended to yell at each other and label others on social media more than they have chosen to speak politely face-to-face about their disagreements.

This problem, if we don’t get a handle on it, could spell the doom we fear. But the solution, while (unfortunately) unpleasant for most, is to restore to our conversations not only civility, but also humanity. In simpler terms: No matter our stances, we are all humans, and we should keep this in mind before we jump down someone’s throat.

I have my own political persuasions. I have friends who embrace those persuasions and friends who abhor them. If we can debate, we debate. If we can’t, we don’t. We avoid unnecessary and unfruitful discussions. But when we can debate and discuss, we listen to each other, pause and think about what the other has to say before responding, and then reply with an acknowledgement and respect of the other person before stating our beliefs.

We might not always walk away from our conversations with changed minds, but we do walk away with refreshed minds – renewed by the truth that we are all humans with different outlooks on issues. And we have the courage to listen, think and speak respectfully.

Our nation has embraced truth before, and it’s time for us to embrace it again. Think back to the incredibly brave men who fought tyranny to establish this nation, the freest and greatest in the world. They abided in truth – the belief that all human life is valuable and worthy of freedom – and had the courage to act upon it – by establishing a nation where these values would prosper. It wasn’t perfect, and it never will be.

Today, our nation’s greatest test is whether we will believe the truth that we’re all humans and whether we’ll have the courage to treat all people accordingly. That doesn’t mean we should allow everything people are advocating today – by no means. Allowing everything some people in this nation want would be disastrous acceptance of lies. We must seek and embrace truth in this sense as well – and have the courage to enact it.

We have a test to pass. Einstein said we’ve done it before. Will you believe we can do it again?