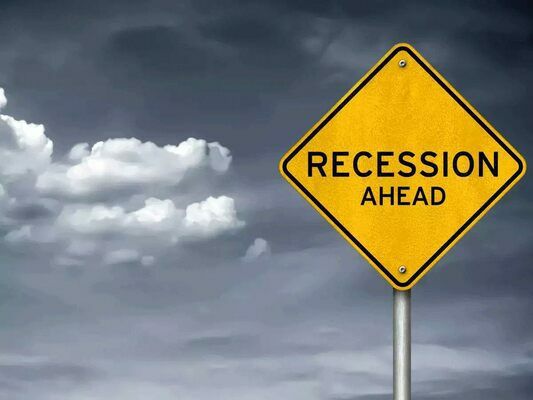 Oklahoma and the nation are likely heading toward an economic recession in the next several months, the state’s top revenue official said Friday.

McDaniel cited figures from the Oklahoma Business Conditions Index, an economic report compiled by Creighton University in Omaha, Nebraska. Researchers said overall business conditions in the state in November were at their poorest levels since November 2020.

The index fell from 51.3 in October to 39.8. “The monthly Oklahoma Business Conditions Index fell significantly in November,” McDaniel said.

“It has not been below 50 since November 2020, indicating a forecast for economic contraction during the next three to six months.”

Other states also experienced declines. The news comes as the nation continues to grapple with inflation. The Federal Reserve was set to meet Tuesday and Wednesday, and officials are expected to raise interest rates to curb inflation.

“Since climbing to a 2022 high in March, the overall index has now fallen six of the past eight months. One in four supply managers rate higher input prices as the greatest 2023 challenge.”

State revenue collections continue to set record highs, but McDaniel said lower energy prices could reduce collections going forward. Oklahoma collected $1.31 billion in November, which is up by $120.9 million, or 10.1%, compared to November 2021.

The rate of increase exceeds the current rate of inflation, officials said.

The U.S. Bureau of Labor Statistics reported that the inflation rate was 7.7% as of October. Through November, the state’s 12-month gross receipts to the treasury, the total amount of tax revenue the state has drawn in, stand at $17.36 billion.

That’s an increase of roughly $2.44 billion compared to the prior 12 months, officials said.

At the same time, however, oil and gas revenue production tax revenue fell below $160 million, the lowest sum since April.

“The overall results continue to be strong,” McDaniel said. “While lower fuel prices at the pump are providing needed relief for consumers, the slowdown in demand and drop in commodity prices will impact collections in the future.”

Gas prices across the nation have fallen in recent weeks, the latest bauble in the energy market’s turbulent trends during the past two years.

The drop in gas prices is attributed to a drop in demand for energy worldwide, according to AAA. State sales and use tax collections, which is revenue that is returned to local governments, totaled $593.3 million in November.

Oklahoma’s unemployment rate remains low, 3.4%, which is up from 3.2% in September, according to the Bureau of Labor Statistics.

The state’s rate remains below the national rate of 3.7%.

About 65% of business continue to report shortages of workers.