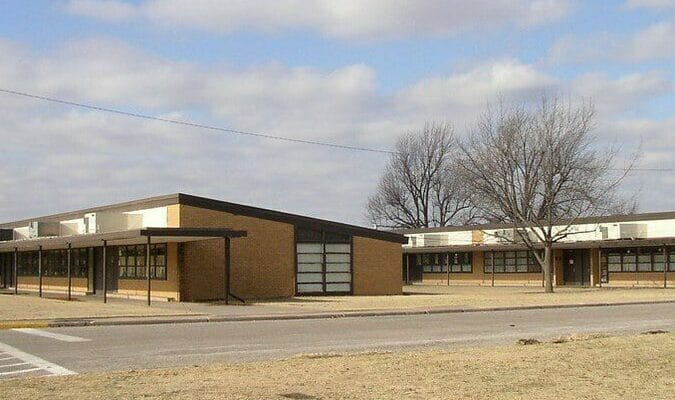 The Blackwell City Council convened for its last scheduled meeting of 2022 for an extended session with several major items on the agenda, including the approval of a new purchasing manual, the automated electric and water meter-reading system and the demolition of Huston Center.

The meeting began with public comments. Blackwell resident Becky Adams spoke to Council members and urged them to table item 6A, the purchasing manual, which aims to keep a tighter control on city purchases.

Following public comments and a finance report from Chief Financial Officer Russ Meacham, the Council shuffled around agenda items to accommodate for the time of those in attendance.

First, the Council moved to the Blackwell Facilities Authority agenda and awarded the demolition of the former Huston Center School to K&M Dirt Services for $156,987. The City of Blackwell will put up $35,000.

The contract with K&M will be worked out in January. Everything at Huston will be demolished except for larger playground equipment. City Manager Jerry Wieland said the demolition of Huston will be beneficial for the City of Blackwell not only because it will make room for a duplex housing addition.

It also will improve Blackwell’s ISO rating, a score given by the State of Oklahoma that evaluates the quality of fire protection in a community and allows for more robust grant and funding opportunities. Blackwell’s ISO rating would improve following Huston’s demolition, as it would be one less major structure the Blackwell Fire Department would have to worry about.

The Council then convened in an executive session to discuss economic development within the City of Blackwell. The session lasted for about an hour, with no action taken or details disclosed.

Next, the Council approved an agreement with the Interstate Construction Administration Network for building inspection. The Council then awarded the bid for the electric and water automated meter system project to Utility Technology Services for digitized and automatic electric and water meter reading.

The meeting ended shortly after 8 p.m.