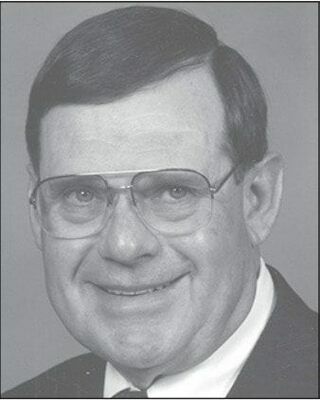 Charles Edward Boesch of rural Blackwell Oklahoma went to be with his Lord on Wednesday evening, December 21, 2022 at his home at the age of 82. He was born on December 28, 1939 to parents George Christian and Lovina (Tickel) Boesch. He was named for his maternal grandfather Charles Edward Tickle, an 1893 Cherokee Strip Land Run participant. He proudly continued farming that historical farm until his battle with cancer and heart issues forced him to retire. He was an active member of St. John’s Lutheran Church, holding many offices and currently serving as elder at the time of his death. He was a past director of the Blackwell Farmers Cooperative, Blackwell Rural Water Corporation, and member of the Cherokee Strip Land Run Association. He began his education at Lost Creek School and graduated with the Blackwell High School Class of 1958. He continued his education at Oklahoma State University majoring in agriculture as well as being very active in music. He was a member of the OSU Student Entertainers and University Quartet. Also, he was a member of the OSU Flying Aggies and received his private pilot’s license. While at OSU he met his future wife Berneita North at a Lutheran Service in the OSU Bennett Chapel. One year later the couple returned to Bennett Chapel and married August 7, 1965. After college Charles first worked for the Santa Fe Railroad where he became a lifelong train enthusiast, and then entered into a farming career in Kay County. He was always very appreciative of the Kay Rural Electric Cooperative for bringing electricity to the family’s farm in the early 1940’s. He was preceded in death by his parents, two sisters, Roberta Whitlock of Wheeling, IL and Ruby Boesch of Blackwell, and brother-in-law James Whitlock. He is survived by his loving wife Berneita, son Jason Charles Boesch and wife Candice, and much loved grandson Jacob Christian Boesch. He is also survived by a special nephew Cristian Whitlock, Naperville, IL. Services are scheduled for 10:30 on Wednesday, December 28 in the St. John’s Lutheran Church, rural Blackwell with Rev. Mark Mozeik officiating. Burial will follow in the St. John’s Church cemetery. Visitation will be on Tuesday, December 27th from 9:00 a.m. to 7:00 p.m. at the funeral home. Casket bearers will be Art Bergman, Brett Bergman, Lance Bergman, Stan Claybaker, Stacy Simunek, and Travis Hobaugh. A memorial has been established in his memory and to God’s glory with St. John’s Lutheran Church, % Roberts Funeral Home. Condolences may be sent to the family at 1556 North Q St, Ponca City, OK 74601.