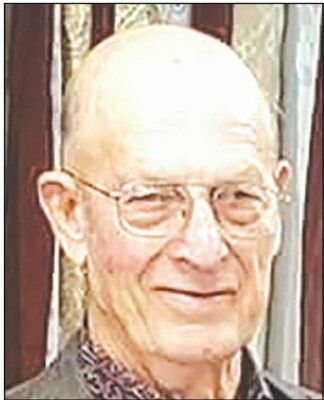 Morgan Bergman was born on January 5, 1940, in Blackwell to George Barney and Lenora Edith (Tickel) Bergman. He grew up in Kay County attending Plainview Rural School through eighth grade and completing his education in Braman Public Schools. He graduated in 1957 and during his senior year he served as football homecoming king. Following high school he worked for a tank service and helped his father drilling water wells. He married Mildred Jean Cathey on January 1, 1959, and they settled east of Braman. After getting married Morgan worked various oilfield jobs. In 1963, they moved to their current farm east of Blackwell. In 1964 he began a thirty-five year career with Cities Service. He worked at stations in Lawrence, Kansas, and Alva and Wakita, Oklahoma. He retired from Williams Natural Gas in Blackwell in October of 1999.

During his life Morgan also loved his farming and ranching operation and was currently still engaged with his farm life. His wife preceded him in death on August 7, 2021, and he continued to live on the family farm. He was a member of the First Church of God in Blackwell where he also served as a deacon. He also held membership in the Braman Saddle Club and the Blackwell FFA Boosters. He loved bowling and was a member of Blackwell Men’s Bowling League. He also enjoyed attending stock shows and his grandchildren and great grandchildren’s various activities. Morgan always had a smile on his face and never told anyone “no.” He is survived by a daughter, Cathey Ebert and husband Joe of Medford; two sons, Brett Bergman and wife Bobbi of Blackwell and Lance Bergman and wife Kelli of Ponca City; seven grandchildren, Justin Ebert, Derek Ebert, Skye Bergman, Colt Bergman, Shantel Bergman , Brooke Bergman and Blake Bergman; twenty-two great grandchildren; three great great grandchildren; a sister, Karen Kincaid and husband Jim of Nardin; two brothers, Robert and Art Bergman; and two sisters-in-law, Glenda Rickards and Marilyn Weller and husband Wayne. He was also preceded in death by his parents; and a brother, Klaus Bergman.

Services are scheduled for 10:30 a.m., Friday, December 30th in the Braman Methodist Church with Rev. Matt Smith of Immanuel Baptist Church officiating. Burial will follow in the Braman Cemetery. There will be family visitation on Thursday, December 29th from 6:00 p.m. to 8:00 p.m. at the funeral home. Casketbearers will be Justin Ebert, Derek Ebert, Skye Bergman, Colt Bergman, Blake Bergman, Brooke Bergman and Shantel Bergman. Honorary casketbearers will be the great grandchildren of Morgan. A memorial has been established in his honor with the Braman Methodist Church in c/o Roberts and Son Funeral Home, 120 W. Padon, Blackwell, Oklahoma 74631. On-line condolences can be made at www.robertsandsonfh.com