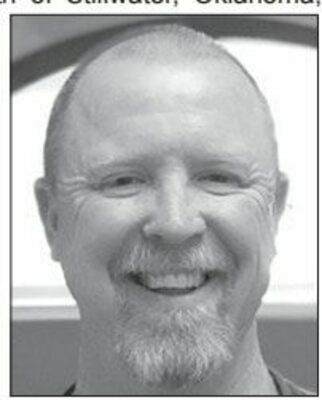 Joseph Smith Matthew Joseph Smith of Stillwater, Oklahoma, passed away on January 4, 2023, at the Oklahoma Heart Hospital in Oklahoma City, Oklahoma at the age of 51 years. Matthew Joseph Smith was born on December 6, 1971, in Covina, California the son of Norman J. Smith and Marilyn (Keeth) Smith. He graduated from Azusa High School and went on to enlist in the United States Army, serving 4 years. He married Meeghan Jeffers on March 15, 1997, in Laughlin, Nevada and they made their home in Blackwell, Oklahoma. Matt was a locksmith for over 30 years, and worked as a police officer in Perry, Oklahoma for several years. He loved fishing, and spending time with friends and family. He is survived by wife, Meeghan Smith; sons, Michael Jeffers (Kara) and Jonah Smith; his father, Norman J. Smith; sisters, Kimberly Bloomquist (Jim) and Amy Butler (John). He was preceded in death by his mother, Marilyn Smith; his paternal grandparents, Robert N. and Josephine N. Smith; and his maternal grandparents, Raymond and Dorothy Keeth. Services will be held at 1:00 p.m. on Tuesday, January 17, 2023, in the chapel at Roberts and Son Funeral Home. Burial will follow at Resthaven-Sunset Memorial Parks in Ponca City, Oklahoma. Casket bearers will be Michael Jeffers, Jonah Smith, Mike Jeffers, Norman Smith, Robert Smith and Rick Skaggs.