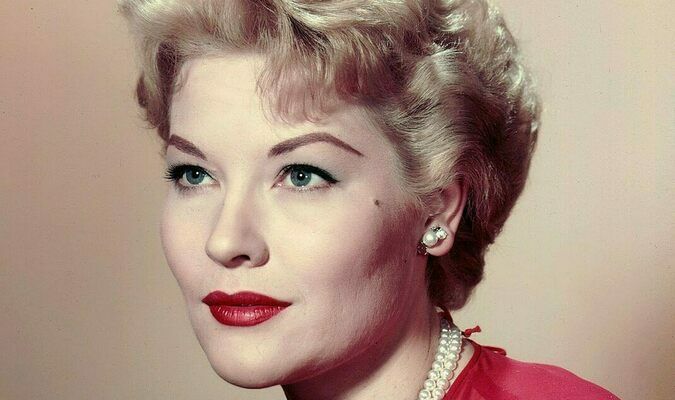 Editor’s Note: This is the third installment in The Journal-Tribune’s series “Famous and Forgotten: The Untold Stories of Entertainers from Northern Oklahoma.” The series highlights entertainers of the past who had connections to the region.

It’s hard to believe that two famous singers came from one of Kay County’s ghost towns. But as sure as Hardy, Oklahoma, is gone, the legacies of its two most famous children live on. Whether producing tear-jerking love songs or shout-inducing Gospel music, two singers with ties to the tiny, dried-up Kay County community left their mark on music in different ways. Whether they crossed paths while growing up is unknown. But Patti Page and Rosie Rozell are two of the few who could say they hailed from Hardy.

Clara Ann Fowler was just another girl growing up in Hardy, a Kay County ghost town. But that was before she was known by her stage name, Patti Page. Page, one of the most popular female vocalists of the 20th century, was born in Claremore and spent some of her youthful life in Kay and Osage counties in the 1930s. Page was born Nov. 8, 1927, in either Claremore or Muskogee. Her father worked on the MKT Railroad, forcing the family to relocate often. One of those stops was Hardy. The Ponca City News reported in 1997 that Page attended preschool in Hardy. She was one of 11 children, and her brothers and sisters walked to a brick schoolhouse in town. Page’s career kicked off when she was 18. She performed with Al Clauser and the Oklahoma Outlaws on KTUL, according to her biography on the Rock and Roll Paradise website.

The program, sponsored by the Page Milk Company, was the source of her stage name. “In 1946, Jack Rael, a saxophone player and band manager, came to Tulsa to do a one-night show,” according to the biography. “Rael heard Page on the radio and liked her voice. Rael asked her to join the band he managed, the Jimmy Joy Band. Rael would later become Page’s personal manager, after leaving the band. “Page toured with the Jimmy Joy Band throughout the country in the mid-1940s.

The band eventually ended up in Chicago, Illinois, in 1947. In Chicago, Page sang with a small group led by popular orchestra leader Benny Goodman. This helped Page gain her first recording contract with Mercury Records the same year. She became Mercury’s ‘girl singer.’” Page recorded her first song, “Confess,” in 1948. However, she didn’t have any backup singers because of a strike, according to The New York Times’ obituary of the singer. So, she recorded her own harmony. “Ms. Page was believed to be the first singer to overdub herself, long before technology made that method common,” The Times reported after her death in 2013. The method proved successful, and Page employed it on most of her hits in the 1950s. It provided unrivaled harmony and vocal balance.

“Confess” became a Top 15 hit, and her 1949 tune “Money, Marbles and Chalk” was another Top 15. “Her first million-selling single ‘With My Eyes Wide Open, I’m Dreaming,’ was another song where she harmonized her vocals,” according to her biography on Rock and Roll Paradise. “Hilariously because she was overdubbing her vocals, Page’s name would be listed on the pop charts as a group name. According to one early-1950s chart, Page was titled as ‘The Patti Page Quartet,’ among others. Towards the middle of 1950, Page’s single, ‘All My Love (Bolero)’ peaked at No. 1 on Billboard magazine, becoming her first No. 1 hit, spending five weeks there. That same year, she also had her first Top 10 hit with ‘I Don’t Care if the Sun Don’t Shine,’ as well as the Top 25 single, ‘Back in Your Own Backyard.’” Those were bit hits for Page, but none compared to the chart-topping and enduring fame she received with her 1950 hit “Tennessee Waltz,” one of the most popular dance songs of the 20th century. It was her second No. 1.

As of 2017, it had sold 15 million copies, according to her biography. Through the years, Page appeared on television shows hosted by Ed Sullivan, Dean Martin and others. She had her own shows on NBC and ABC, and her fame began to diminish in the 1960s. Her last hit was in 1965, “Hush, Hush Sweet Charlotte,” which was her last Top 10. She performed on some country songs in the 1970s and kept performing periodically into the early 2000s. She died in 2013 at the age of 85 at a California retirement home.

Throughout her career, Page was known as a kind, gentle woman, the Times reported. “Ms. Page defended her demure, unpretentious style as appropriate for its time,” according to her obituary. “‘It was right after the war,’ she told The Advocate of Baton Rouge, La., in 2002, ‘and people were waiting to just settle down and take a deep breath and relax.’” Back in Kay County, residents danced to Page’s music for decades. In the 1997 Ponca City News report, area resident Beverly Collyar recalled listening to Page singing “The Tennessee Waltz. She said: “I danced miles to that song.”

Born in Hardy in August 1928, Southern Gospel music tenor Roland Dwayne “Rosie” Rozell lent his voice to some of the 20th century’s most beloved Gospel tunes. According to the Southern Gospel Music Association’s Hall of Fame, where Rozell was inducted in 1999, he was one of the “premier tenors” in the genre. “After a brief tenure with the Tulsa Trumpeteers in the mid-1950s, he was hired by the Statesmen Quartet in 1958,” according to his Hall of Fame biography.

“He quickly emerged as a unique stylist, thrilling audiences with unforgettable performances on song like ‘Hide Thou Me,’ ‘Leave It There’ and ‘Oh What a Savior.’ Over the next decade and a half, he anchored the tenor position and helped keep the quartet at the top of the Southern Gospel Music profession.” Rozell left the Statesmen in 1970 to form his own group, “Rosie Rozell and the Searchers.” “Over the next two decades, he remained one of the most popular personalities in the gospel music industry and, despite poor health, continued to perform with amazing quality and consistency,” his biography read. “He returned briefly to the Statesmen in the mid-1970s and then sang as one of the founding members of the legendary Masters V in the early 1980s.”

Through the decades, Rozell released a few solo albums, including “Alive and Well” and “Swinging Spirituals.” Rozell’s last performance was when he performed in one of the esteemed Gaither Homecoming Reunion shows. He died later in 1995 at the age of 66.

For now, this is the final installment of the “Famous and Forgotten” series. If you know of someone along these lines whom we have forgotten, please email us, call our office or contact us on Facebook. Thank you for reading