Move over Chucky: M3GAN is a laugh-out-loud horror delight 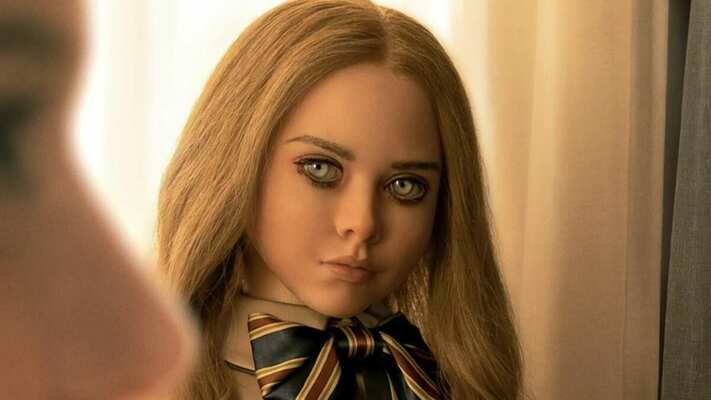 “You know what happens to bad boys that don’t mind their manners? They grow up to be bad men. Are you listening to me? Because this is the part where you run.”

M3GAN was released in theaters on January 6 on a paltry $12 million dollar budget and has become a bonafide hit, now crossing $100 million dollars globally.

I had the pleasure of seeing it over the weekend and I have got to say, this killer doll is anything but a boring piece of plastic.

M3GAN follows Gemma (Allison Williams, 2017’s GET OUT) as a work-obsessed toy developer for a tech company seeking the “next big thing” in interactive toys.

When her sister and husband die in a car accident, Gemma finds herself the legal guardian of her orphaned niece Cady (Violet McGraw, “The Haunting of Hill House").

Unsure of how to raise the 12-year-old girl dropped into her lap, Gemma has a eureka moment and creates an interactive, self-learning doll called Megan (Model 3 Generative Android, M3GAN).

Of course, Megan and Cady become fast friends. But Megan starts taking her protective duties a little too far...a little way too far.

Now, Gemma must grapple with the Frankenstein’s monster she has created before it’s too late.

While on the surface M3GAN might seem like another “killer doll” movie ala the Chucky / Child’s Play, Small Soldiers, Gremlins, variety it is actually a surprisingly poignant (and hilarious) rumination on the age in which we raise our children and a cautionary tale about absentee parenting.

The brainchild of horror-maestro James Wan (SAW, Annabelle, The Conjuring) and prolific horror icon Jason Blum and his Blumhouse Productions (The rebooted Halloween saga, The Purge) M3GAN is an absolute blast from start to finish.

The titular doll is brought to life with a jaw-dropping blend of CGI, prosthetics, puppetry, and live-action performance and the result makes for one of the most fascinating to watch movie monsters in years- if not decades.

One particular scene where Megan attacks an evil little boy is especially incredible as Megan drops down on all fours and races through the woods like an animal. It is truly awesome, and you really *really* want her to win.

While she lacks Chucky’s foul mouth or Annabelle’s demonic presence, M3gan is a witty, vengeful, and somewhat elegant machine of raw aggression. Every scene she’s in is a riot. This movie is genuinely hilarious.

M3GAN is a brisk PG-13 horror romp clocking in at just over an hour-and-a-half and is sure to be a streaming delight once it hits the on-demand apps.

I said before that there is a surprising amount of depth to Megan, and that’s what makes her and the movie work. There is a fantastic scene with Violet McGraw’s Cady who carries the movie on her young shoulders, and there is a message in here about how kids turn out when their best friends are just apps.

There is also some motherhood/parenting themes in here regarding Gemma and her creation of Megan, Megan’s resentment towards her “mother”, Cady’s resentment towards Gemma, and ultimately Gemma’s initial hesitance and lack of empathy for her surrogate daughter(s) as just a subject and a toy.

Horror has been on a roll these last few years, and has been the one consistent box office bet even through the pandemic. With films like M3GAN, it’s not hard to see why.

A sequel is currently in development, and boy does it need one. The typical “horror cliffhanger” here works well, especially following an absolutely awesome final showdown between Megan and...well, I won’t spoil it.

In the same way that James Wan has almost single-handedly revived horror in the early 2000’s, he has started to become more experimental, especially with 2020’s MALIGNANT, a wild and wacky horror-action-comedy that divided audiences upon release only to find a devout following online.

What will this guy think of next?

The film is now playing at The Hub in Tonkawa and at the Cowley 8 in Ark City / Winfield.

Need a New Years Resolution? Here's one you mig...