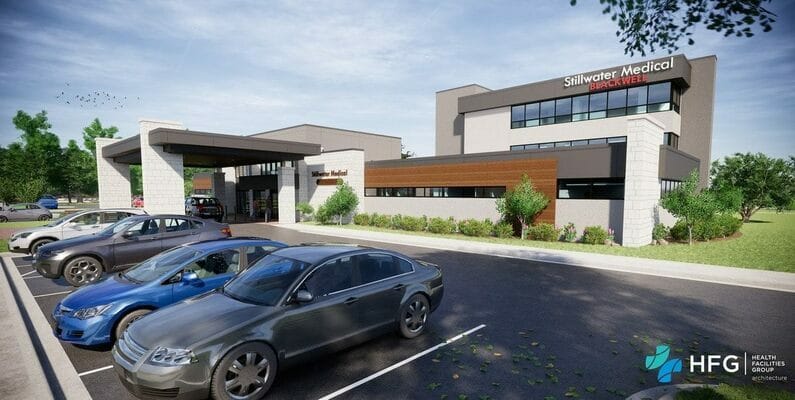 With financial losses mounting at the local hospital, officials said obtaining additional federal funding will be a critical step “to find financially viable ways to continue to provide quality patient care to the community and surrounding areas.”

Citing high operating costs and low Medicare reimbursement from the federal government, hospital officials announced Jan. 10 that they are seeking to have the hospital redesignated as a Rural Emergency Hospital, a new classification from the Centers for Medicare and Medicaid Services that offers additional funding.

Patients could be hospitalized for up to 24 hours for observation, but the hospital would not offer acute inpatient care.

“That is the only difference between what we’re currently doing now compared to what we will be,” Taylor said. Acute inpatient care is generally referred to as short-term hospitalization for and treatment of injury and illness, which differs from treatment in an emergency room.

Patients who need acute inpatient care would be transferred to another hospital, Taylor said. The news comes as rural hospitals across the nation struggle to stay open. It also comes after the completion of a multi-million-dollar renovation project at the facility.

Stillwater Medical – Blackwell has lost roughly $4.7 million since January 2020, and expenses have jumped by 26% in the past year, hospital officials said.

Without additional federal funding, the local hospital would be financially unsustainable to keep open, Taylor said.

“We can’t continue to operate like that,” he said. Costs of prescription drugs and medical supplies have risen sharply since the coronavirus pandemic began, and the facility has had to purchase personal protective gear and testing supplies that it didn’t need before, Taylor said.

“None of us could have ever predicted a pandemic,” Taylor said. “That obviously had big impact. And we had a construction project going on during the pandemic, and that could have had an impact as well.”

Medicare reimbursements have remained low despite rising costs, Taylor said. The American Hospital Association estimates that federal reimbursements underpay hospitals for the cost of services by at least 8.5%, leaving hospitals “unable to fully absorb the tremendous inflationary forces they are currently facing,” the AHA says on its website.

The Rural Emergency Hospital classification went into effect Jan. 1, nearly two years after Congress authorized it as a way to help rural hospitals by giving them bigger payments, according to the Rural Health Information Hub’s website.

Other hospitals are likely to seek the redesignation as well. Although the hospital wouldn’t provide acute inpatient care, it would be able to keep patients for up to 24 hours for observation, which makes up the majority of the hospital’s admissions, Taylor said.

“We probably average around 25 or 30 inpatient admissions per month,” Taylor said. “Already, I would say half of those are observation care, so maybe 10 to 15 people would get shipped [to another hospital] in a month.” The new designation would likely put the hospital back on a financially viable path, Taylor said.

However, in a separate news release, hospital officials said increased funding will not guarantee that the hospital will stay open.

“It should get us in the black,” Taylor said.

“I don’t know exactly to what extent. But it will definitely get us to where we can continue providing the care that we are and, hopefully, a little bit down the road, once we kind of stabilize, we can offer additional outpatient services.”

In an interview with The Journal-Tribune, Taylor addressed one of the top questions Blackwell residents may have stemming from the redesignation proposal: What about the remodel?

Hospital officials and community leaders hosted a ribbon-cutting ceremony in November to celebrate the end of a two-year reconstruction project. Discussion of the roughly $13 million effort began in early 2019, and that April, voters approved the extension of an existing sales tax to pay for the project.

Hospital leaders cited soaring maintenance and utility costs as a reason to rebuild. Parts of the old hospital were demolished, while some patient rooms and the emergency room were remodeled. “Most of the facility is outpatient services already,” Taylor said. “It’s just a very small area that’s inpatient. Those will be utilized for observation. The facility is perfect for what we’re going to be doing.”

Hospital and city leaders will host two public meetings Jan. 26 at the Blackwell Event Center to talk with community members about the redesignation effort. One meeting will take place at noon, and another will take place at 5:30 p.m. The event center is at the Kay County Fairgrounds on south Main Street.