Country music concert returns to Blackwell: When, where, and what to expect. 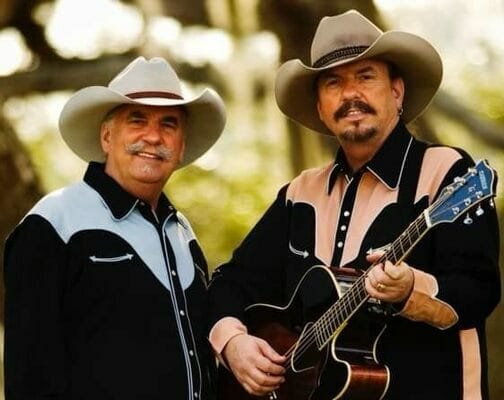 Blackwell’s country music concert, the Top of OK Jam, will return Oct. 14. “For the past two years, the Top of OK Jam has brought talented artists to Blackwell for a one-day music festival,” organizer Dustin Bringham said.

“Past performers have included Wade Bowen, Casey Donahew Band, the Bellamy Brothers, as well as local and upcoming artists.”

No guests have been announced yet, but Bringham encouraged fans to keep an eye on the Top of OK Jam’s official Instagram and Facebook channels.

Last year, the line-up was announced during a chili cook-off. No word has been shared yet on whether a similar “pre-concert event” will take place.

The 2023 concert will once again be at Blackwell’s Morgan Field on south Main Street, which has become an in-demand venue unto itself with the Pecos League’s Blackwell Flycatchers baseball team debuting there this summer.

In 2022, the event drew thousands and took close to a year to prepare for. Bringham praised the turnout for the 2022 concert and the appeal of the event as a tourism incentive for Blackwell.

“We will continue to grow the Top of OK Jam as long as people are interested in attending,” Bringham said.

“There’s no doubt the benefits it brings to the community. Hotels were full, and restaurants were busy.” According to Bringham, more than 75% of ticket sales for the 2022 concert came from outside Kay County.

The event has also been deemed a success from a safety point of view. Last year, there were no medical or security-related issues, organizers said.

2022’s Top of OK Jam also marked the largest fundraising projects ever for the Blackwell Fire Department and the Blackwell Veterans of Foreign Wars post.