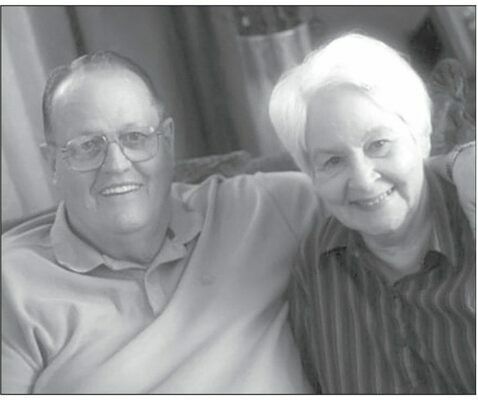 He was raised in Ponca City and graduated from Ponca City High School. Bernice Lavonne (Hall) Denison, age 89, of Joplin, MO, passed away on Saturday, December 24, 2022, at the Carthage Health & Rehab Center. Bernice was born on May 22, 1933, in Blackwell, OK, the only daughter of Howard Adam Hall and Bernice Hildred (Wilson) Hall. She was raised in Blackwell, OK and graduated from Blackwell High School. Jon was an accomplished trumpet player and Bernice was a rising star in the world of opera and classical music. The pair met each other in 1953 at a radio station where they were both scheduled for spots on that day’s show.

Jon shared, “she was the most beautiful woman I had ever seen, and I planned to marry that girl.” Bernice had a different take on the encounter. She said, “I thought he was a nut.” Regardless, they fell in love, were married on May 20, 1955, and began their life together. Early in their marriage, Jon and Bernice committed their lives to Christ and began the journey of servanthood and using their musical gifts for the ministry. In the early 1960’s, Jon Bernice and Hildred started the well know gospel singing group, The Gospel Gleaners, with other family members joining the group later. They traveled throughout the United Stated spreading the gospel through music and had opportunities to sing with many of the great Southern Gospel groups. They not only traveled as evangelists and musicians, but they also pioneered several churches, served as interim pastors, and encouraged ministers along the way. Jon was the founder and publisher of Great Plains Gospel Singing News for many years.

They loved the Lord and pursued his call on their lives until their health would no longer allow them to travel. Jon is survived by one sister, Brenda Sue Simons of Texas.

He was preceded in death by his parents, five brothers, and three sisters. Bernice is survived by one brother, David Hall and wife, Diane, of Ponca City, OK. She was preceded in death by her parents and three brothers. Jon and Bernice are survived by two sons, Jon Calvin Denison, Jr. (Cal) and wife, Kathy, of Joplin, MO and Jamey Allen Denison and wife, Renee, of Winfield, KS. Their seven grandchildren and twelve great grandchildren were the delight of their lives.. They were preceded in death by one grandson, Trevor Grant Denison. As in life, Jon and Bernice could not be separated for long. They were married for 67 wonderful years and faithfully served the Lord and loved their family with excellence. A memorial service to honor them will be held in Blackwell, OK on a later date.