City Council: Blackwell can spend up to $100,000 without bids 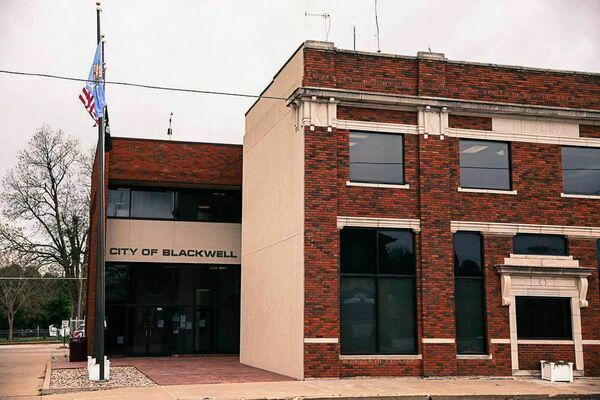 The Blackwell City Council had a brief meeting Thursday, where Council members accepted more than $1 million in coronavirus recovery funds for the city and discussed other matters.

The meeting began with reports from various city officials, including Melissa Hudson, director of the Top of Oklahoma Historical Society Museum. She said the museum had great attendance during Homecoming.

The Council accepted American Rescue Plan Act coronavirus relief funds from the federal government. The City of Blackwell will receive $1,146,088.20 this fiscal year. The city has already received $573,044.10, which will be used to fund infrastructure projects for the city’s streets, water lines and electrical systems. The remaining funds will be provided later.

The Council adjourned, leading into the meeting of the Blackwell Municipal Authority. The board approved a new purchasing manual that will bring Blackwell’s manual up-to-date with state statutes.

Public Works Director Jerry Eubanks explained that emergency spending would apply to cases such as the large sewer line that burst as a result of heavy flooding in 2019; winter storms such as the ones in 2020 and 2021 that led to power outages and sewage line breaks; and other situations in which the city would need to get assistance and equipment without having time to go through the lengthy bidding process.