The Last Commander of the American Legion 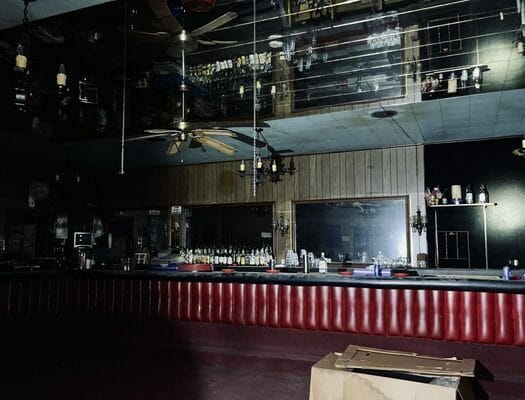 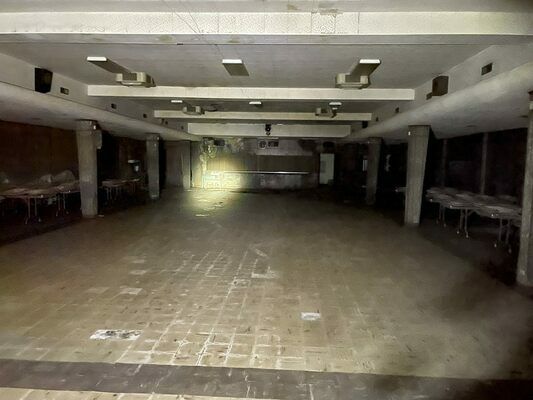 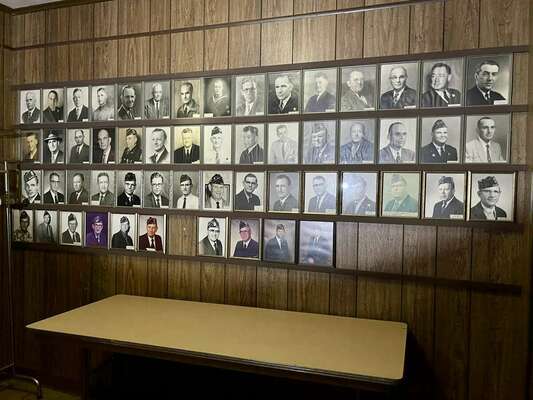 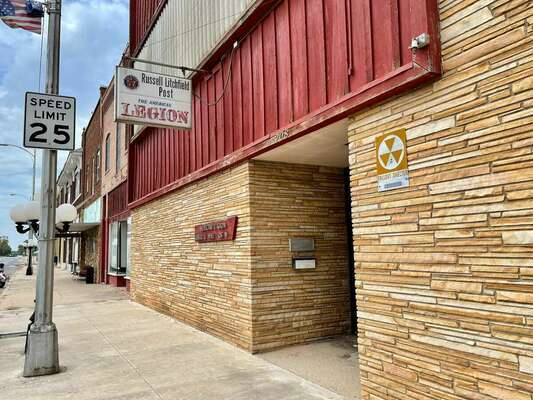 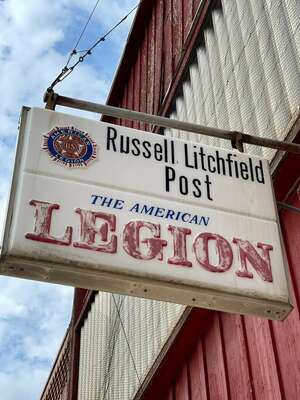 In the 1970’s, The American Legion Russell Litchfield Post 7 had celebrated their 50th anniversary on west Main Street with enrollment numbers reaching over 700.

By this time, they had enjoyed 20 years in their former building at 218 north Main Street- even hosting Will Rogers as a guest speaker- and were celebrating their 50th anniversary at their new quarters just a few doors down at 208 north Main Street, occupying the once stately home of the old Bays movie Theater which they moved into in 1955.

Named after John Russell Litchfield, a local boy-turned hero of the first World War who was posthumously awarded the Distinguished Service Cross and the Navy Cross for his valor in the horrific trenches of France with the Marines, the Legion ushered in the early 70’s by donating a whopping $5, 250 dollars to the construction of the Blackwell General Hospital, had helped to create one of the first Veteran’s Housing Programs in the nation, and had assisted in the creation and subsequent donation of the American Legion Park to the City of Blackwell.

Now, 50 years later, the American Legion building is a mausoleum to the grandeur it once possessed.

Walking up to the doors, the words “For God and Country” stand out on a chipped metal plaque in the doorway where above hangs an old plastic sign, it’s bulbs long since burned out, a lost light that used to usher community members into it’s halls.

Pulling up, Craig Webb steps out of his truck, breathing in the July afternoon heat and staring up at the old building before him.

Webb is the Blackwell American Legion’s Commander, and likely the last.

Webb returned from the Air Force in 1992 after 20 years of service. Coming back to Blackwell, he found himself involved in the American Legion until 2016 when the organization dissolved their Blackwell post’s physical location, citing a lack of membership and manpower to keep it going.

In the entryway, you turn left into a lobby where the faces of ghosts- former members and dignitaries of the Legion- smile out from their cobweb covered glass portraits.

Turning right, the cavernous dance hall awaits you. The American Legion used to host group meetings, town hall discussions, and of course held it’s fair share of Quinceneras and parties throughout the years.

Now it is empty, save for the phantoms that might still linger, twirling their partners across the chipped flooring. If you close your eyes and tilt your head, you can almost hear the music echoing off the walls and the tapping of polished shoes and boots on the sand-colored tile.

Metallic chairs are still folded, stacked neatly on the tables pushed to the far walls on either side, still waiting to be set out again for the next big event. They seat no one now, and their legs are cold homes to spiders and dust.

Webb doubles back to the entryway and unlocks the door leading upstairs, next to an elevator that likely still has the trapped and stale air of better days stagnating inside of it.

“Nine steps,” he counts, walking up the first flight with a flashlight. The carpeted stairs are covered in sand, a quizzical sight until he reveals that it came from the old game tables that had long-since been donated.

Upstairs, he steps into a long hallway. Two rooms to the left are old offices and meeting spaces.

“It’s impossible for one man to keep this all intact,” He says, sadness in his voice as the hot summer air outside blows a broken blind in, twisting and contorting against the shattered glass remnants of a window that had become a causality to the elements.

A few dusty steps down the hall and to the right, the building branches off. A kitchen to the right, and the bar to the left. Against the wall at the end is an old bulletin board reminding members of monthly meetings and town-hall discussions on the damaging effects of Agent Orange.

Entering the bar, one can almost see the thirsty customers, socializing and laughing, the bright orange-red cherries of their cigarettes burning as smoke swirls up, expanding and cascading over the mirrored ceiling tile that extends across the open bar room.

Drinking glasses are still upside down and organized, thirsty no doubt for the glass bottles that still line the back wall of the U- shaped bar counter that wraps it’s arms around the north wall.

I was lucky to be among some of the last few customers that bar served, back in 2016.

6 years ago, The jukebox played on in the background for my friends and I as Webb wiped down the counters to prepare our beer and cocktails.

Even then, one got the sense they were drinking on borrowed time. The old world decadence of the American Legion’s bar room betrayed the Blackwell that was outside those walls- you almost expected to walk outside and see a bustling cityscape on all sides.

What we walked out to was a ghostly, empty, street and the jarring reminder of the then-present with the sounds of a city’s nightlife replaced by the muted burning of cigarette paper and the conversation of dogs carrying on a few blocks away.

Back in 2022, Craig steps back, ushering into the lounge area. A sizable room, a sparse painting or two- a sandy seascape and a lighthouse- still cling to the carpeted walls.

Now empty, the only sign that revelry was once had is an old and busted jukebox, stuck on Vince Gill’s 1991 “Pocket Full of Gold” album.

Once upon a time, it had pool tables, shuffleboard, and even, decades ago, slot machines.

Further back, past the bar and recreation area, was another old ballroom. Beyond that, a meeting hall that was once the movie theater. No sign of the silver screen still exists, but the hall itself sits the same as the ballroom. Chairs on tables, longing for the life that once occupied it.

Stepping back outside, Webb admits that he has one last wish of the American Legion to carry out.

The hopes and dreams of those that came before him: to give America’s patriots a memorial they can be proud of.

By 2023, Webb aims to see the last two markers installed in the Blackwell Cemetery.

These Memorial Markers were spearheaded by Air Force Veteran and Blackwell local David R. Reynolds, who passed away in February, 2021. Reynolds was the Legion’s Adjutant Commander with Webb and helped to raise the money for two new Memorial Markers at the Blackwell Cemetary.

When the two markers are completed and the names of all of Blackwell’s 1,546 servicemen buried in the Blackwell Cemetery are placed upon it, Webb says he can put his (and David’s) mission behind him.

Taking one last look at the building he took care of until the end, Webb gave the kind of half-laugh somewhere between the emotional longing of nostalgia and the disbelief of the present.

The same sort of mood that clung to him through that crypt on Main Street as he would teeter between reliving the Legion’s glory days and being saddened by the state of it in the present.

As he climbed into his truck, Webb said he was heading off to the VFW. A patriot at heart and a serviceman until the end, he has a sort of home here, among his fellow veterans.

A home among the living, and those no longer with him. The men and women involved in the Legion that he shared drinks and memories with under those mirrored ceiling tiles upstairs that are no longer around to share in either...but they’ll rest easy soon, once Craig gives an eternal reminder to those buried beneath Blackwell cemetery.

While the Legion’s physical post is closed, the heartbeat of the organization still lives on in the community, thanks to Webb and other volunteers.

The remnants of the Legion were put to good use as well, with pool sticks being donated to the Blackwell Youth center and many of the historical records and artifacts going to the Top of Oklahoma Museum.

Of course, while the museum is a wonderful and boundless fountain of information for The American Legion’s- and Blackwell’s- history, to see the fingerprints this organization left on the city all you have to do is step outside and take a look around.

Look at the new hospital, a state-of-the-art update on the foundation that the Legion helped to create. Look at Legion Park, which would not be what it is without the organization. Look at our cemetery, where the souls and sacrifices of our heroes are immortalized.

But most importantly, look for Craig Webb and others like him. And say thank you.